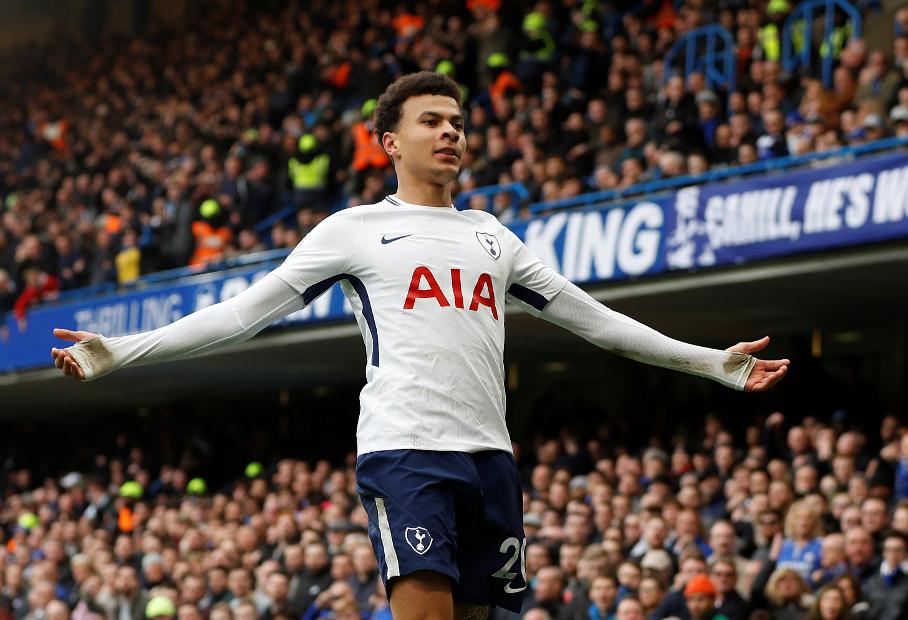 Dele Alli scored twice on his 100th Premier League appearance as Tottenham Hotspur came from behind to record their first league win at Chelsea in 28 years, triumphing 3-1 at Stamford Bridge.

The Blues took the lead when Alvaro Morata headed in Victor Moses’ cross on the half-hour mark.

But Spurs replied on the stroke of half-time when Christian Eriksen let fly with a dipping long-range strike.

Willy Caballero made a wonderful save from Son Heung-min in the second half, but was beaten twice in four minutes by Alli.

The midfielder controlled Eric Dier’s long ball before putting the visitors ahead on 62 minutes, and Alli was the first to react after Caballero had blocked Son’s shot in their next attack.

The win takes Spurs to within two points of third-placed Liverpool.

Chelsea are eight points behind the north Londoners, with seven matches remaining.