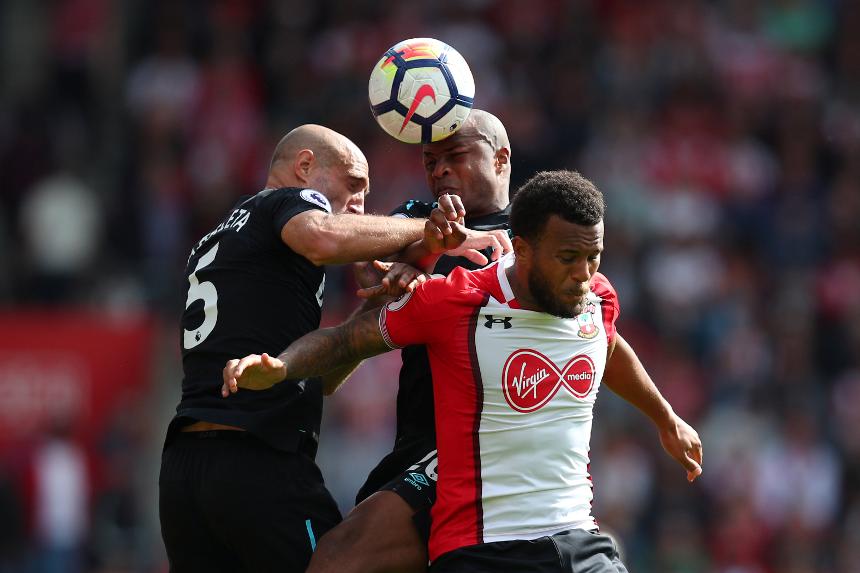 Manuel Lanzini (knee) and James Collins (thigh) will have late fitness tests. Andy Carroll (ankle) is close to a return but remains out along with Pedro Obiang and Winston Reid (both knee).

Southampton striker Charlie Austin is in contention to return from a long-term thigh injury.

Since winning 3-0 at London Stadium last season, Southampton have lost five of their six Premier League trips to London (W1).

Saints have won only two away matches in the PL this season, both of those wins coming against the side who were bottom of the table at the time: Crystal Palace in September and West Bromwich Albion in February.

After a nine-match run that featured seven goals and three assists, Marko Arnautovic has gone three PL appearances without being involved in a goal.

Mark Hughes will take charge of his sixth different PL club in this match, making him only the second manager after Sam Allardyce, who has seven, to do so.