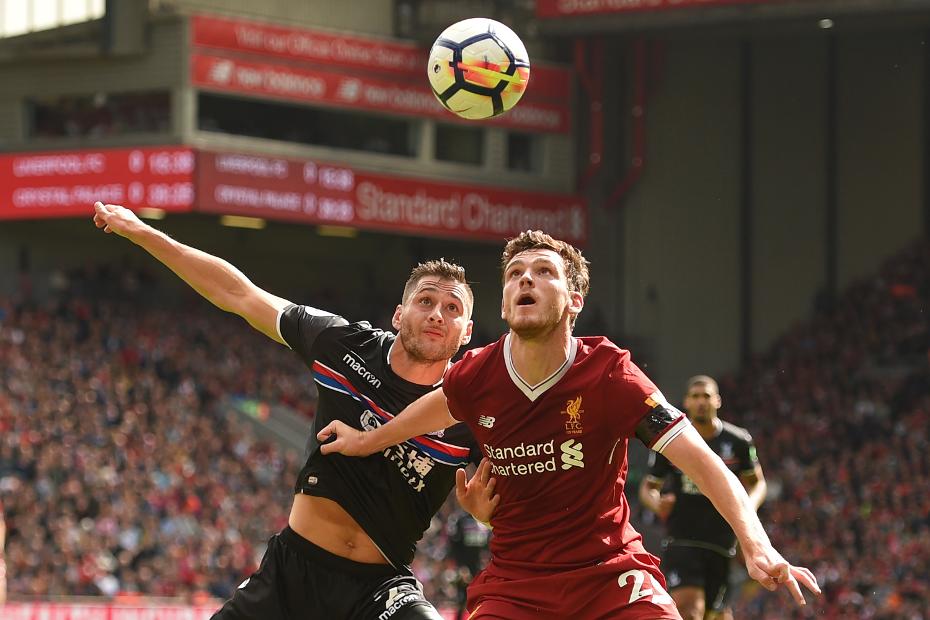 Wilfried Zaha (knee) will be assessed but Connor Wickham is definitely out after suffering a groin injury having only just returned from a long-term knee lay-off.

Liverpool are without Emre Can (back) and Joe Gomez (ankle), though Andrew Robertson has recovered from a dead leg and Trent Alexander-Arnold is fit after missing a match for England's Under-21 side.

Nathaniel Clyne (back) is in contention for a first appearance of the season, while Dominic Solanke (toe) is expected to be available.

Liverpool won the reverse fixture 1-0 in Matchweek 2 and are aiming to complete a Premier League double over Crystal Palace for the first time since 1997/98.

This will be Jurgen Klopp’s 100th PL match as a manager (W53 D28 L18). If there are seven goals in this match Klopp will equal Manuel Pellegrini for most goals featured in a PL manager's first 100 matches (329).

Christian Benteke has scored six goals in eight PL appearances against Liverpool, only three fewer than he managed in 29 league appearances in his sole 2015/16 season with the Reds.

Roy Hodgson has won three of his last five PL encounters with Liverpool (D1 L1), winning the most recent match 1-0 at Anfield as West Brom manager in April 2012.

Crystal Palace: Injury doubts for Hodgson
Liverpool: 'A 10-point cushion? Let's do it'