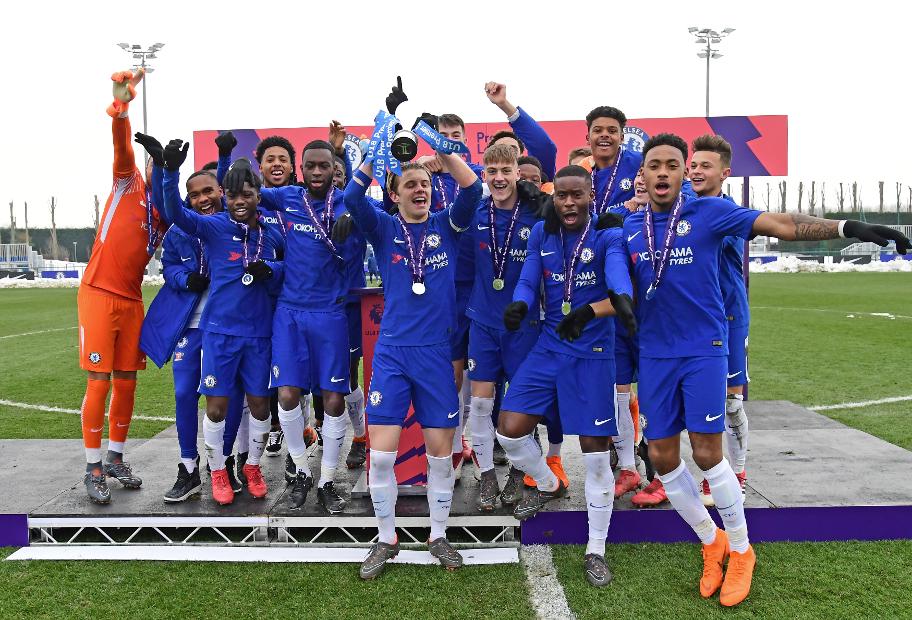 Chelsea are the first Under-18 Premier League Cup champions after winning 2-0 in the inaugural final against Tottenham Hotspur on Sunday.

Jody Morris's reigning U18 Premier League champions, who are also nine points clear at the top of the league's South Division this season, won at Cobham Training Ground thanks to two goals from Charlie Brown.

The Blues were denied an opener in the first 15 minutes when Conor Gallagher had a penalty superbly saved by Spurs goalkeeper Jonathan De Bie.

But Brown fired in his first goal from close range in the 18th minute, before taking his tally to 18 goals this season when he slotted in from Billy Gilmour's disguised pass on the stroke of half-time.

Brown missed out on a hat-trick when he shot just wide in the second half, while Troy Parrot went close for Scott Parker's visitors. But Chelsea held on to claim the trophy.