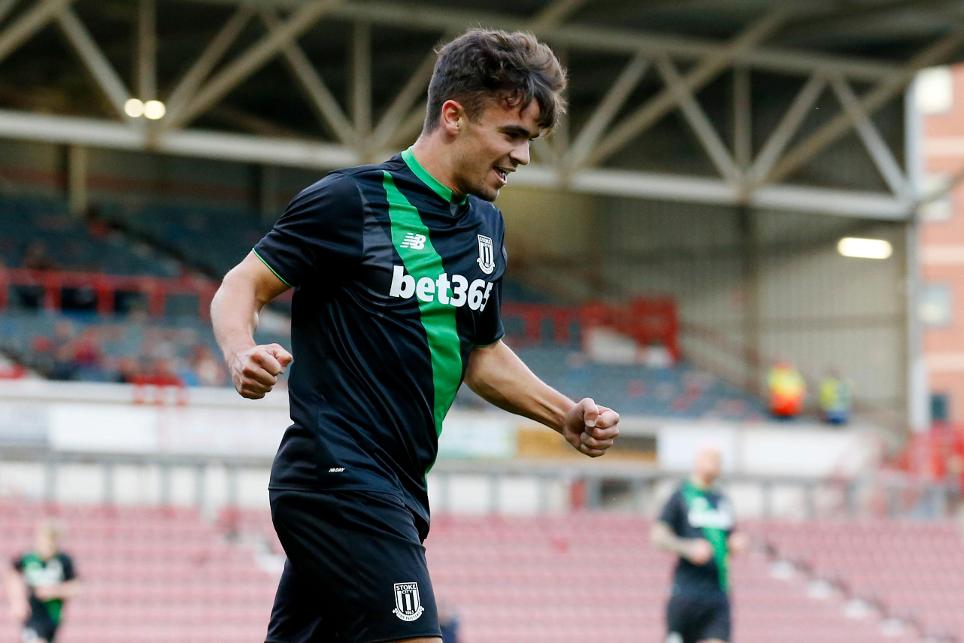 Dominic Telford was the top scorer for Stoke City as they finished eighth in Division 2 of the Under-21 Premier League's last season.

The 19-year-old scored nine goals from 21 league matches, and 13 in all competitions. He was also the hero as the Potters’ Under-21 side ended the 2015/16 season by winning the Hong Kong Plate.

Telford, who joined Stoke from Blackpool last summer, scored in the quarter-final, semi-final and final as the side lifted the trophy in the Hong Kong Soccer Sevens.

After also scoring in Andy Wilkinson’s testimonial match in front of more than 16,000 fans in May, Telford is aiming higher.

"My main aim is to be in the first team," he told the stokecityfc.com. "I have been working hard on and off the pitch to give myself the best chance and I will continue to do so.”

Telford joined Blackpool’s youth team in 2013 and made his first-team debut in August 2014.

His 35-yard lob for Blackpool’s youth side against Liverpool in December 2013 was nominated for the League Football Education goal of the season.

He played 14 times in the Championship and scored once for the Seasiders, but was unable to save them from relegation before departing for the Bet365 Stadium.

After excelling for Stoke last term, the teenager will have his sights set on Mark Hughes’ senior squad.