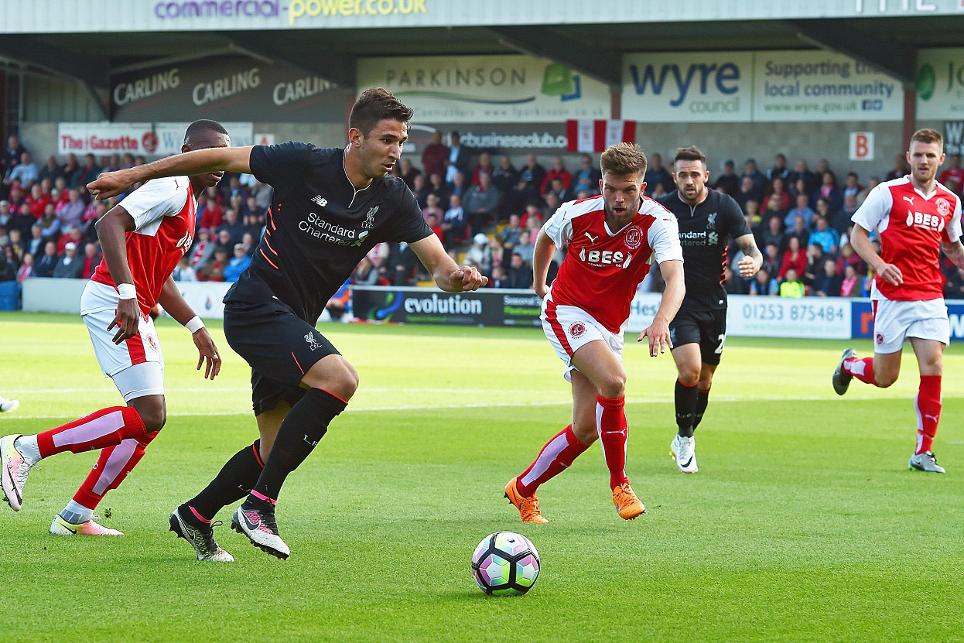 A number of Premier League clubs were in action on Wednesday night wih Liverpool and Swansea in free-scoring form.

Marko Grujic had a debut to remember for Liverpool with the opening goal against Fleetwood Town at Highbury Stadium.

The January signing from Red Star Belgrade took 18 minutes to open his account, with 16-year-old Ben Woodburn also making an impression with a second-half strike for the visitors.

Roberto Firmino was twice on target with the other goal coming from Lucas Leiva. For a full match report, a highlights reel of Grujic and Woodburn and Grujic’s reaction visit Liverpool's website.

Olivier McBurnie, on his first-team debut, broke the deadlock with Wayne Routledge adding two second-half goals and Kenji Gorre adding a fourth for Francesco Guidolin’s side.

The Baggies, who have undergone a gruelling training schedule during their seven-day stay in Austria, led the French champions through a David Luiz own goal.

After the break goals from Adrien Rabiot and Lucas Moura put PSG ahead, as a young Albion side whose back four in the second half was made up entirely of academy graduates were given valuable experience.

Crystal Palace preparations for the new campaign began with a goalless draw against Philadelphia Union at the Talen Energy Stadium.

Summer signings Andros Townsend and James Tomkins both made their debuts for Alan Pardew’s men with the former West Ham United defender almost scoring a winner late on.

Visit the full list of pre-season friendly fixtures and results from the 20 Premier League clubs and our summer friendly photo gallery.