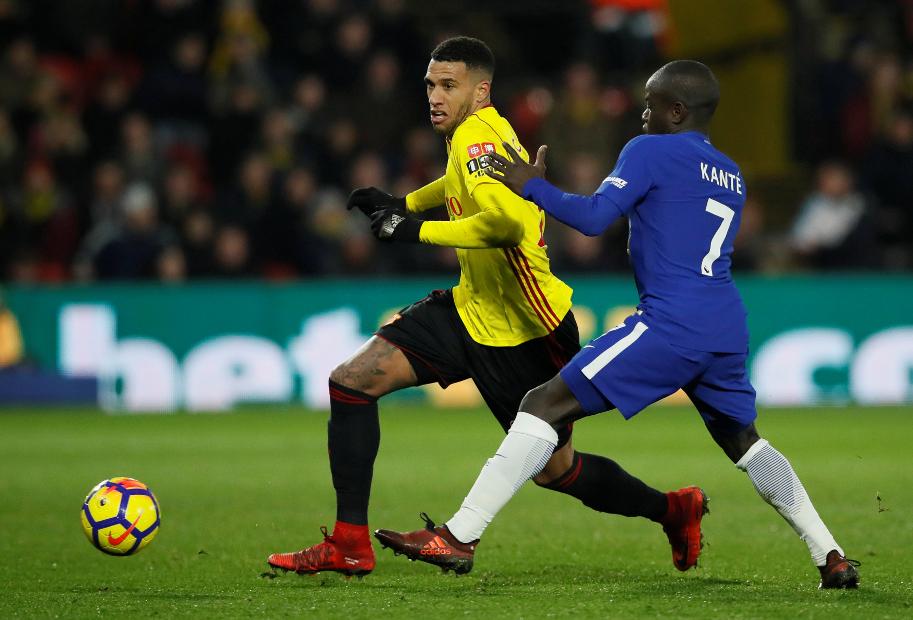 Adrian Clarke says new head coach has restored form of midfielder, who will be key at Liverpool on Saturday

Femenía | “This Game Has Helped Me” External Link

The arrival of Javi Gracia has restored Etienne Capoue's status as a key man at Watford.

After starting only five matches under Marco Silva, and never going beyond the 64th minute, Capoue has been named in the first XI of all six PL matches under Gracia, completing 90 minutes in each.

Gracia has tightened up the team defensively.

Watford have kept three clean sheets under their new head coach already, having collected only five from their previous 24 matches.

Pairing Abdoulaye Doucoure with Capoue in a powerful and combative central midfield partnership has almost certainly been a factor.

The pair did an outstanding job of winning the battle in home victories over Chelsea, Everton and West Bromwich Albion, forming a fine shield in front of the defence.

Capoue’s numbers have been excellent since returning to the side. He has more than doubled his average tackles per match, while the number of interceptions and times possession has been gained have risen significantly.

In four of the last six matches the 29-year-old has made the most interceptions of any Watford player.

The pairing of Capoue and Doucoure has performed well in home matches.

Gracia's next task is to make them equally effective on the road as he prepares for Saturday's trip to Anfield.

Repeating the 4-2-3-1 formation he used at Arsenal on Sunday might be risky against Liverpool's mobile midfield three.

This is especially true considering neither Doucoure nor Capoue is a specialist defensive midfielder. Both like to go forward when given the chance.

Last time out, at Emirates Stadium, Watford's natural pressing style was undone because of a shortage of numbers. This allowed Arsene Wenger's men to bypass Watford’s midfield and find their forward players.

So, at Anfield, I would expect Gracia to add a third player to strengthen his central midfield.

As a pair it would be difficult for Capoue and Doucoure to play to their strengths by getting tight to their opposite numbers. If they did so, it would leave the defence with less protection.

So, although an injury crisis limits Gracia's options, it would be wise to alter the team's shape.

To claim his first away win with Watford, Gracia needs a compact, resolute team performance and towering displays from Capoue and Doucoure.