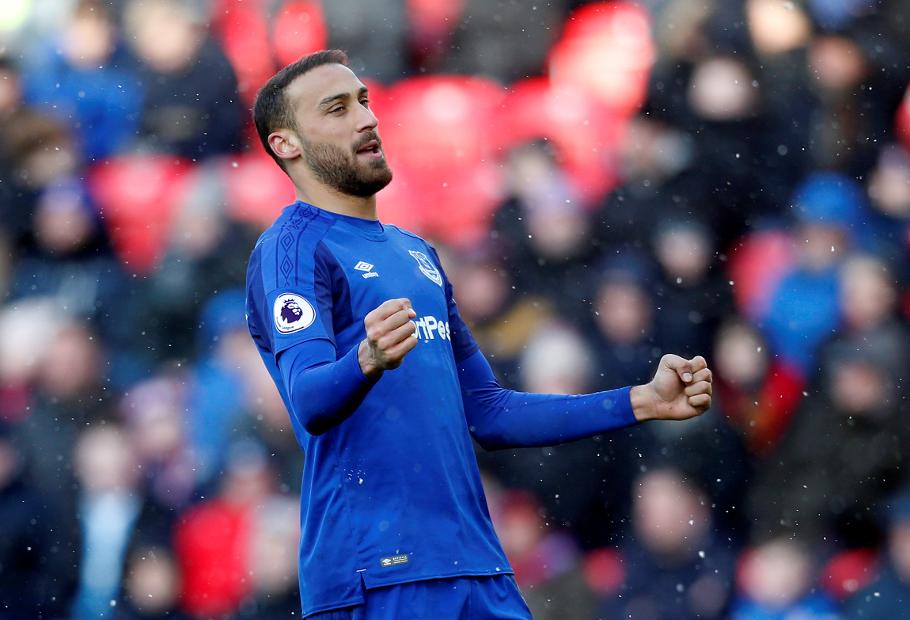 Stoke were reduced to 10 men on the half-hour as Charlie Adam was sent off for a reckless challenge on Wayne Rooney.

Tosun scored his first of the afternoon on 69 minutes, reacting quickest after Michael Keane's effort had been blocked.