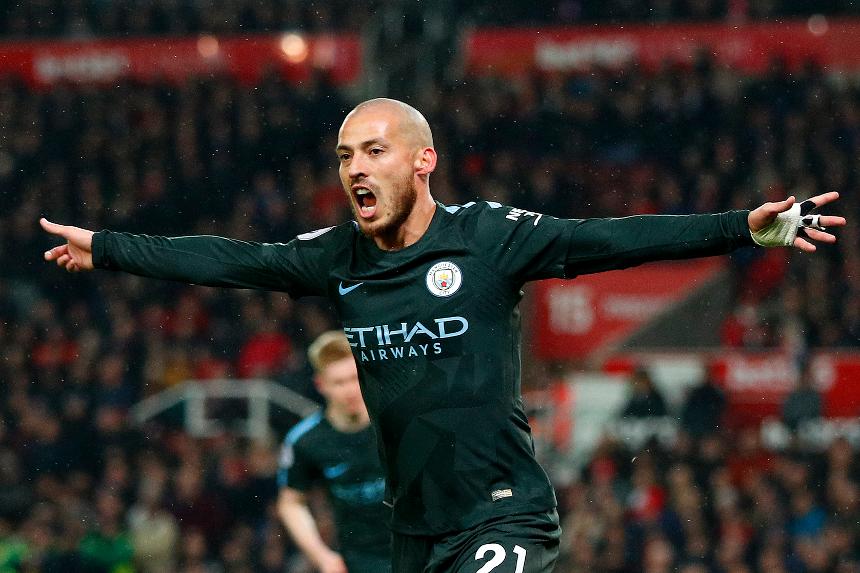 David Silva scored both goals as Manchester City claimed a 2-0 victory at Stoke City, a result which moves them 16 points clear at the top of the table with eight matches to play.

The Spaniard's opener came in the 10th minute with a first-time finish from Raheem Sterling's cross.

Visiting goalkeeper Ederson then had to tip over a looping clearance from team-mate Kyle Walker.

City doubled their lead five minutes after the break when Silva finished a fine move and, although they had chances, Leroy Sane and Sterling could not add a third.

The defeat means Stoke remain in the bottom three on 27 points, two points from safety.