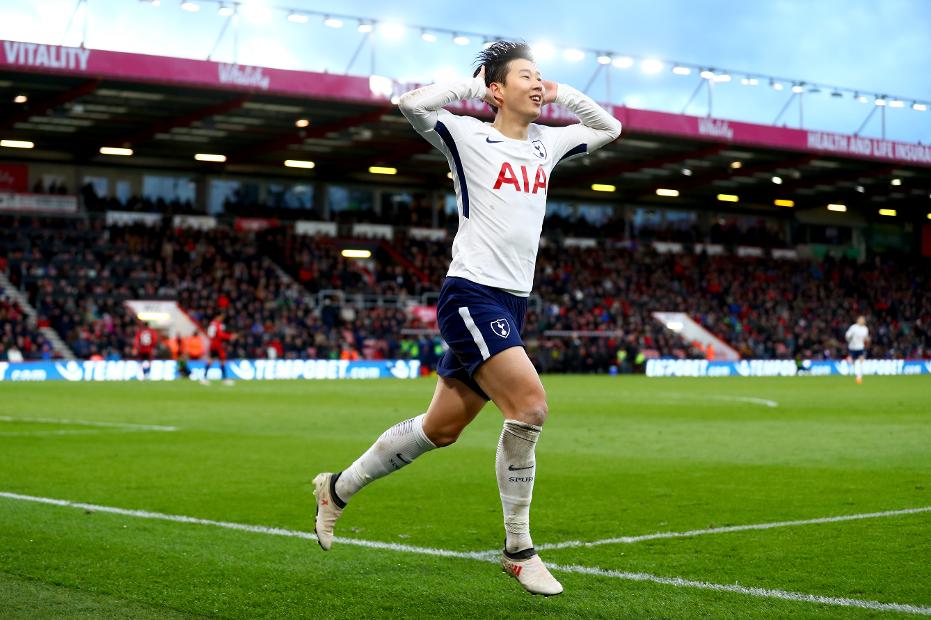 Son Heung-min scored twice as Tottenham Hotspur recovered from an injury to Harry Kane to go third in the Premier League with a 4-1 comeback victory at AFC Bournemouth.

The Cherries got off to a blistering start, with Junior Stanislas drilling in the seventh-minute opener moments after hitting the crossbar.

And it got worse for Spurs as top scorer Kane was forced off with an ankle injury after he collided with Asmir Begovic.

But Dele Alli equalised from Serge Aurier's cross soon after.

Son won the match with two second-half goals, before Aurier wrapped up the victory with a stoppage-time header.