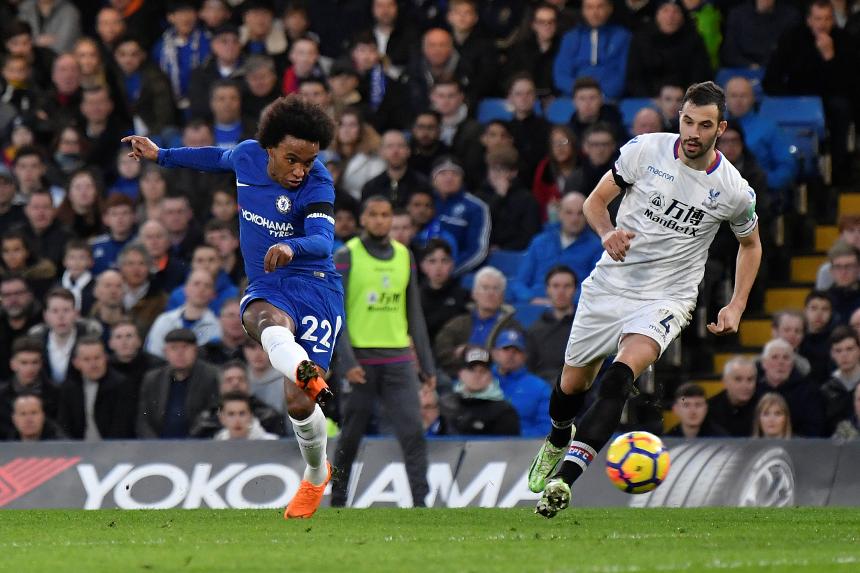 Chelsea moved to within two points of fourth-placed Tottenham Hotspur, before they faced AFC Bournemouth on Sunday, after overcoming Crystal Palace at Stamford Bridge.

The Blues, who had lost their two previous home matches against the Eagles, were 2-0 up within 32 minutes after Willian’s deflected strike and a Martin Kelly own goal.

Palace’s Wilfried Zaha returned from injury at the interval and was quickly involved as Alexander Sorloth hit the post.

Chelsea held on, though, to inflict a fourth successive defeat on Roy Hodgson’s side.

The Eagles remain 18th, one point from safety.