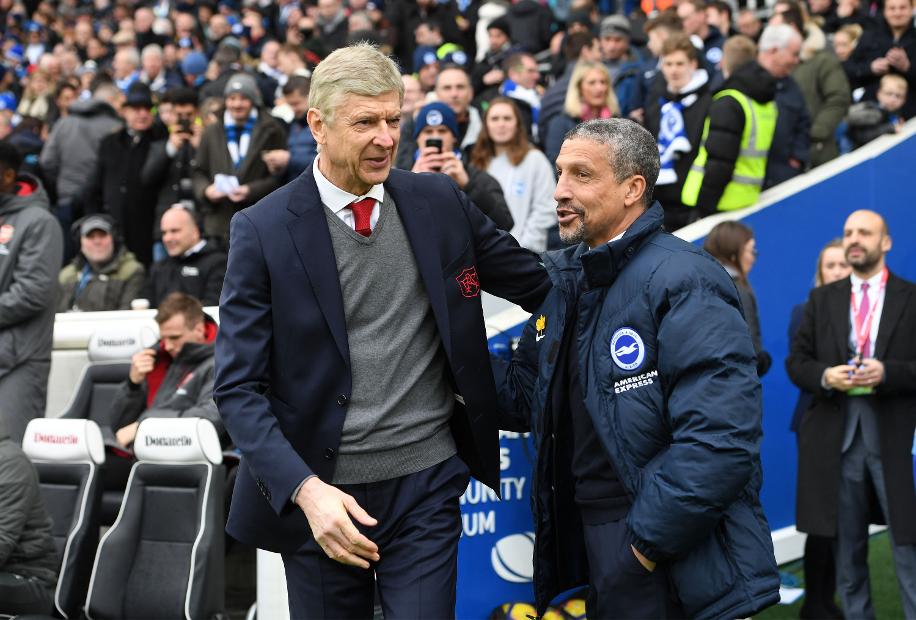 With Brighton's win, he becomes the third manager to beat Frenchman's Arsenal with three different clubs

Dunk: A special win and a great feeling External Link

Chris Hughton did what only two other managers in the Premier League have achieved when Brighton & Hove Albion beat Arsenal 2-1 on Sunday.

The victory was only the third that Hughton has achieved against the Arsenal manager and all have come with a different club.

He had previously triumphed over the Frenchman, 1-0 with Newcastle United, in November 2010, and with Norwich City by the same scoreline two years later.

The other two managers to have enjoyed wins against Wenger with three different teams are Sam Allardyce and Mark Hughes.

The 2-1 win that Hughes oversaw for QPR in March 2012 is also significant because it was the last time Arsenal had lost to a side promoted to the Premier League that season.