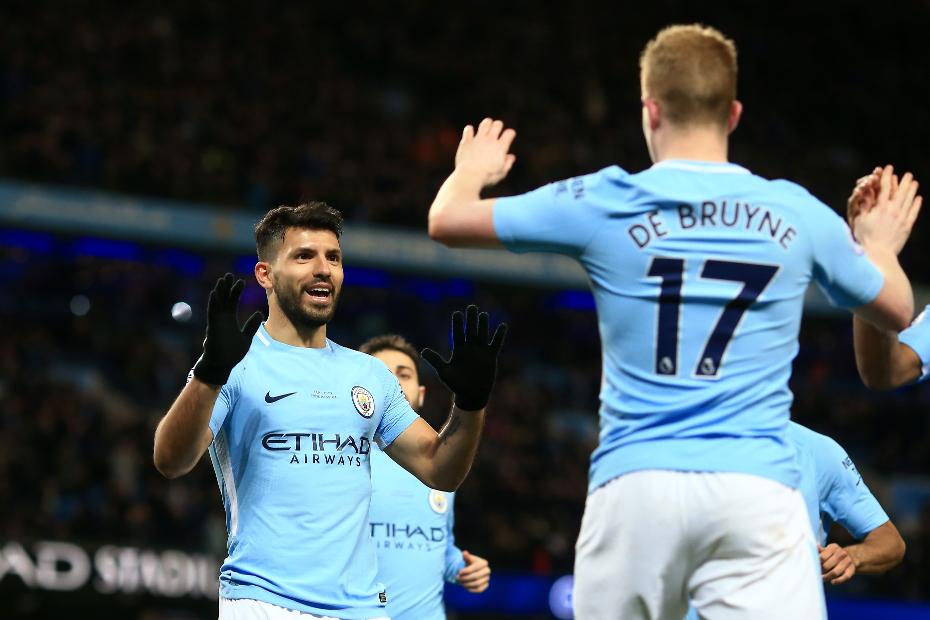 'We live with criticism - it's how we respond now' External Link

City get back to business at the CFA External Link

Manchester City’s players will travel to Emirates Stadium on Thursday on a high, having beaten Arsenal in the Carabao Cup final on Sunday.

And one player on Pep Guardiola’s side will be particularly relishing the return to north London as he seeks to achieve a feat he has never managed before.

Sergio Aguero has scored in each of his last five appearances against Arsenal in all competitions.

Since then, he netted against the Gunners in the FA Cup and Premier League last season before converting a penalty in the league and opening the scoring at Wembley Stadium on Sunday.

Never before has the Argentinian scored in six matches in a row against one team.

But he could set the record against an Arsenal defence which have not kept a clean sheet in their last nine Premier League matches. They last went 10 without a shutout in the league in February 2002, in a run of 11 matches.