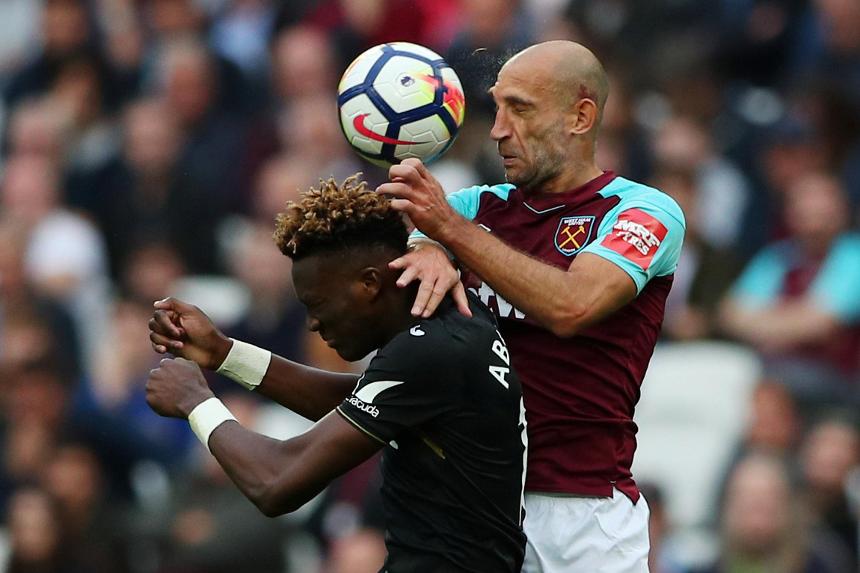 Leon: It's good to be back External Link

Hartson: Moyes getting the best out of Arnautovic External Link
Gorre scores as Swansea reach last 16

Swansea City have no new injury concerns, and Leon Britton could make his first Premier League appearance since October after coming on as a late substitute in Tuesday's FA Cup victory over Sheffield Wednesday.

Swansea  City have won their last three PL home matches. They last won four in a row in May 2016.

The Swans were defeated in their last outing at Brighton (4-1) but haven’t lost back-to-back PL matches since Paul Clement’s final two matches in charge in December.

West Ham are unbeaten in four PL visits to the Liberty Stadium since losing their first such match there (3-0 in August 2012). They went on to draw three in a row before winning 4-1 in this fixture last season.