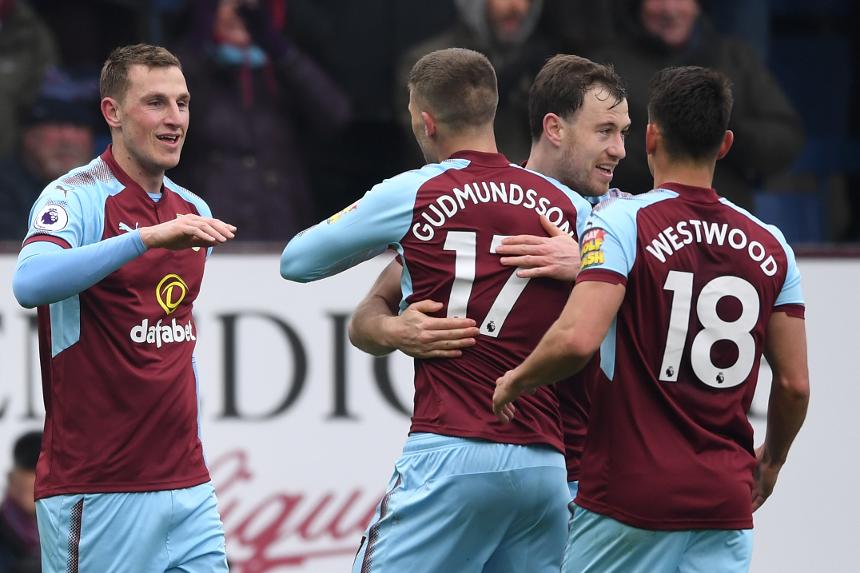 Coleman: We Know We Have To Be Better External Link

Cenk Tosun had opened the scoring with his first Everton goal, a header on 20 minutes.

Jordan Pickford did brilliantly to stop Ashley Barnes’s header, but the Burnley forward equalised from Matthew Lowton's superb pass 11 minutes into the second half.

Wood came on at half-time and headed in from Johann Berg Gudmundsson’s corner with 10 minutes remaining.

Everton’s hopes of a fightback were dented by Ashley Williams' red card for violent conduct.

A fifth successive away defeat keeps Everton ninth ahead of the day’s matches.

Burnley move to within five points of sixth-placed Arsenal.