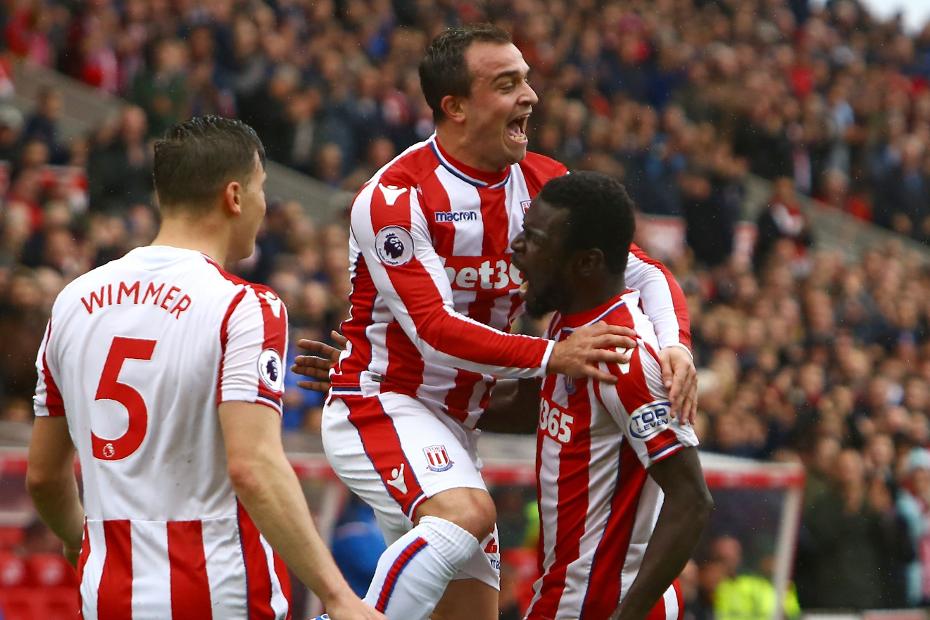 Xherdan Shaqiri (£6.2m) is the most sought-after midfielder in Fantasy Premier League.

In Gameweek 28, the top two most transferred-in midfielders ahead of Saturday's deadline went head-to-head.

And Shaqiri got the better of Riyad Mahrez (£8.7m) in that battle.

The Swiss rewarded his 112,000+ new owners by scoring Stoke City's opening goal in the 1-1 draw with Leicester City.

Conversely, Mahrez failed to convert any of his six shots on goal in that match.

It was Shaqiri’s third goal in as many Gameweeks.

His output has improved markedly since new manager Paul Lambert was appointed ahead of Gameweek 24.

In the five matches since, the midfielder has supplied three goals, an assist and five bonus points.

The 36 FPL points in that spell equate to an average of 7.2 points per match (ppm). He had averaged 3.9 ppm under former manager Mark Hughes.

Lambert has given Shaqiri greater freedom to raid the penalty area.

This has produced seven shots on target over the last five matches.

Stoke are one of only eight teams currently guaranteed to feature in Gameweek 31, due to the postponements caused by the FA Cup quarter-finals.

That weekend, they host an Everton side who have conceded 12 goals in their last four away fixtures.

Before that, Shaqiri travels in Gameweek 29 to St Mary’s Stadium, where Southampton have only one clean sheet in their last 14 home fixtures.

Having scored or assisted 80% of the Potters' goals since Lambert’s appointment, it is little wonder that FPL managers are making moves for Shaqiri.

He is the second-most bought player since Saturday’s deadline, trailing only Ben Davies (£5.7m) of Tottenham Hotspur.