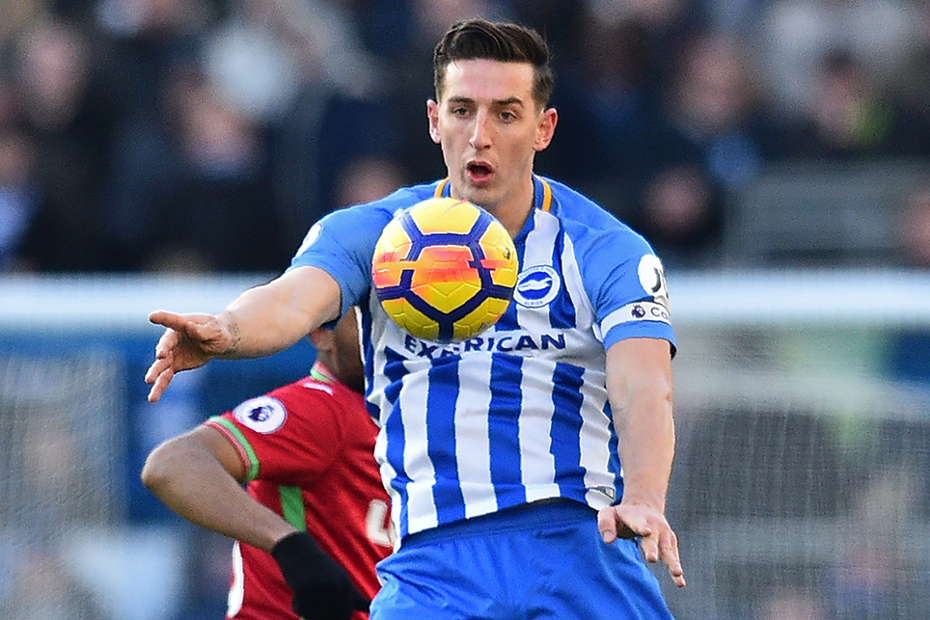 Hughton: We could have scored more External Link

Knockaert: We all did our jobs well External Link

Lewis Dunk's joy at Brighton & Hove Albion's 4-1 win over Swansea City on Saturday may possibly have been tempered by the thought of what he has done to upset the footballing gods.

The Brighton defender's attempted block of Tammy Abraham's shot diverted the ball into the net for the Swans' consolation at the Amex Stadium.

It meant that Dunk equalled Martin Skrtel's Premier League record of four own goals in a season, set in 2013/14.

In Skrtel's defence, the centre-back contributed seven goals in the right net for Liverpool that season.

Most own goals in a season

All of Dunk's own goals have come via deflections of crosses or shots.

His first came on the opening weekend, against Manchester City, when he diverted Fernandinho's cross into his own net.

At the end of November, he threw himself to block Ashley Young's shot at Old Trafford, only for the ball to hit his foot and loop over Mat Ryan for the only goal of the match at Manchester United.

A week later he deflected in Philippe Coutinho's shot at home to Liverpool.

The overall record for the most own goals scored belongs to Richard Dunne, with 10, during his 20 seasons in the PL with Everton, Man City, Aston Villa and Queens Park Rangers.

Skrtel is next with seven.

Of course, as far as Dunk is concerned, what cannot be measured is how many opposition goals have been prevented by his willingness to put himself in the way.

Most blocks this season

He is the clear leader for blocks in the top flight this season and no doubt will continue to place his body on the line to thwart opponents for the benefit of his team's battle to stay up.