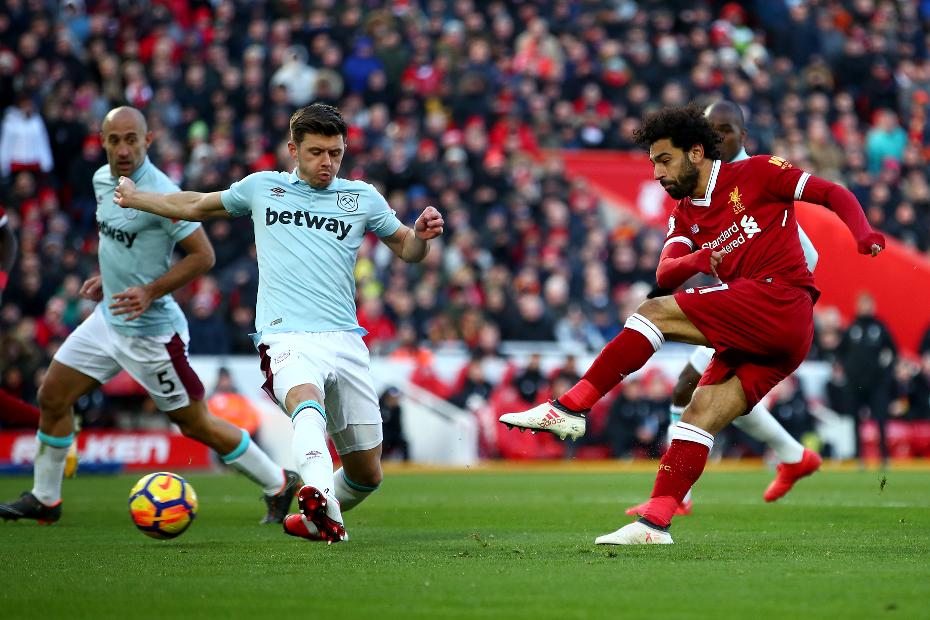 Sadio Mane: I scored because I stayed positive External Link

With his goal against West Ham United on Saturday Mohamed Salah not only joined Harry Kane at the top of the Premier League scorers' charts but broke a 23-year-old competition record.

His 51st-minute goal at Anfield was the 20th the Liverpool forward has scored with his left foot in the Premier League this season.

This surpasses the 19 scored by Robbie Fowler with his left foot for the Reds in 1994/95. And Salah still has 10 matches of the season to play.

Of the three of Salah’s 23 goals not scored via his left foot, one was a header at Leicester City in September, and two came from his right boot, against Tottenham Hotspur and Chelsea.

Fowler’s 19 goals with his left foot were from a total of 25. The next-best totals were scored by Robin van Persie.

Most goals with left foot in a season

Most goals with right foot in a season

There is also still time for Salah to beat the record for the most goals scored in a season with the head, though it is fair to say that this is extremely unlikely.

The leading mark is set by the towering Duncan Ferguson, who headed in nine goals for Everton in 1997/98.

Most headed goals in a PL season