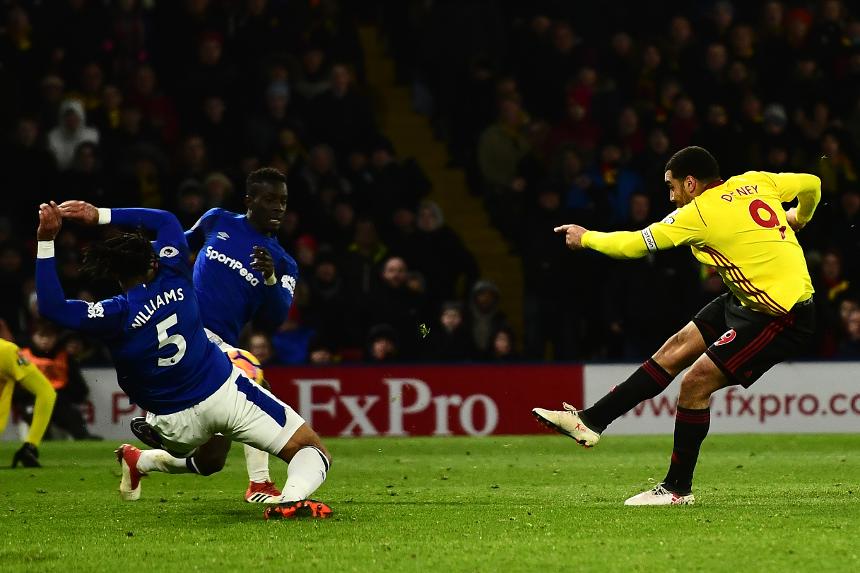 Troy Deeney scored the only goal of the match as Watford edged a home victory over Everton.

In a match of few chances Michael Keane headed wide when unmarked seven minutes after the interval.

Watford looked to have passed up their best chance when Jordan Pickford failed to clear and Kiko Femenia drew a save from the goalkeeper.

But with 11 minutes remaining Deeney struck, Stefano Okaka teeing the Watford captain up for his first goal from open play in 27 Premier League matches.

Watford move up to 10th place on 33 points after winning consecutive home Premier League matches for the first time since April 2017.