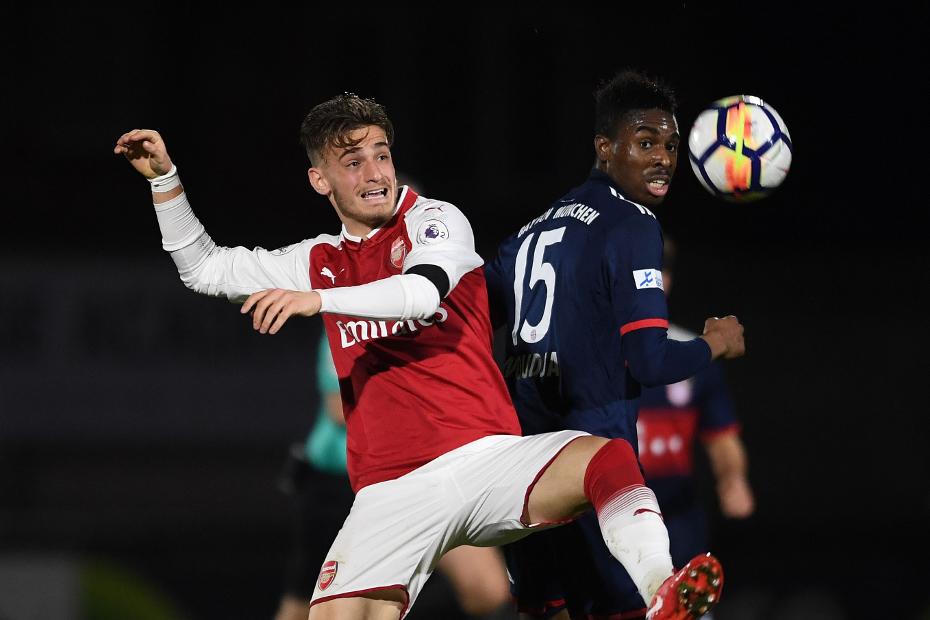 Before Arsenal’s first senior team take on Manchester City in the Carabao Cup final on Sunday, their Premier League 2 side will have a cup fixture of their own.

Arsenal will kick off the knockout stages of the Premier League International Cup when they take on Dinamo Zagreb at Meadow Park, Borehamwood, from 14:00 GMT on Saturday.

Both Arsenal and Zagreb qualified for the quarter-finals with identical records of two wins and a draw in winning their respective groups.

Arsenal sealed their place with a 5-2 win over Bayern Munich.

The only all-English tie, the Wear-Tyne derby between Sunderland and Newcastle United, will take place a week later.

Matches will be one-off ties that will go to extra-time and penalties if the teams cannot be separated after 90 minutes.