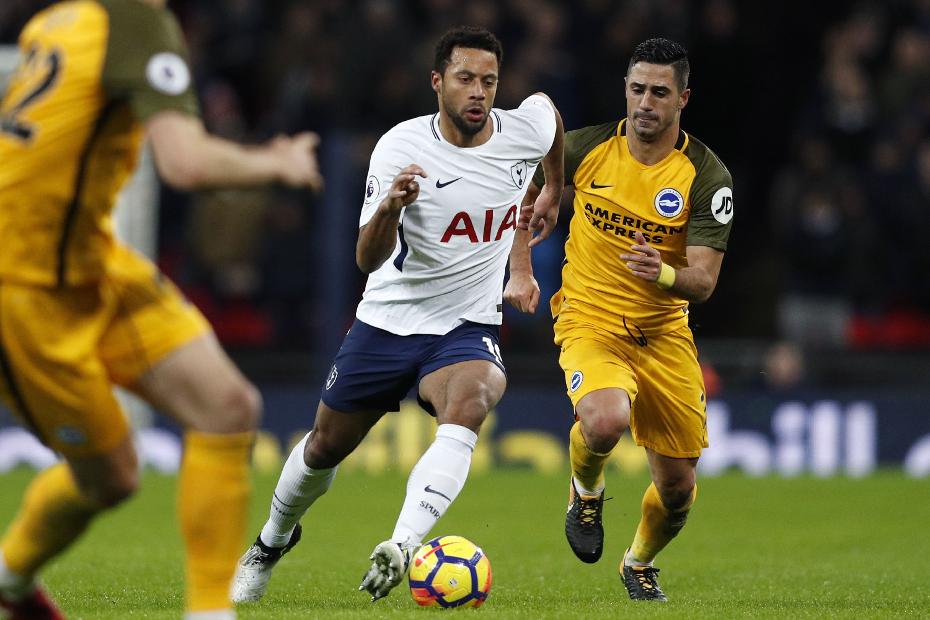 Ahead of trip to Crystal Palace, Sky Sports' Adam Bate looks at what makes the Spurs man a Premier League one-off

Loan round-up - Amos stunner, debuts and Spurs players against each other! External Link

Mousa Dembele has qualities that no other Premier League player possesses.

Ahead of Matchweek 28, Adam Bate of Sky Sports looks at why the midfielder is irreplaceable for Tottenham Hotspur.

Dembele heads to Crystal Palace on Sunday on the back of a performance that underlined his rich vein of form.

In Spurs’ 2-2 comeback draw in the UEFA Champions League last week, no Juventus player made more than 10 passes in the opposition half. Dembele completed 73.

It is no coincidence that Spurs have found their best form just as Dembele has started five consecutive PL matches for the first time in almost a year.

He is a one-off; impossible to knock off the ball but with that rare ability to beat players in central areas.

Dembele is the only player to rank among the top 20 players in the Premier League for both tackles and dribbles over the past three seasons.

It is not just the volume. He is better at it, too.

Of midfielders to have attempted 40 or more dribbles this season, Dembele has the best success rate of 88 per cent.

As more teams opt for a pressing style of play, this ability to glide beyond players opens up the pitch for his side.

When Dembele has faced up his marker and beaten the press, he can pick out passes better than the rest, too.

His pass completion rate in the opposition half is superior to that of any other midfielder in the Premier League.

He is the only midfield regular to have found a team-mate with more than 90 per cent of such passes this season.

Asked earlier this month to name the best player in the squad, Harry Winks did not pick out Harry Kane and he explained exactly why.

"Mousa Dembele for me," Winks told Sky Sports. "He has got sheer power, pace, his strength and his technique as well. The way he can beat any player facing them up."

See: The four legends to whom Pochettino likens Dembele