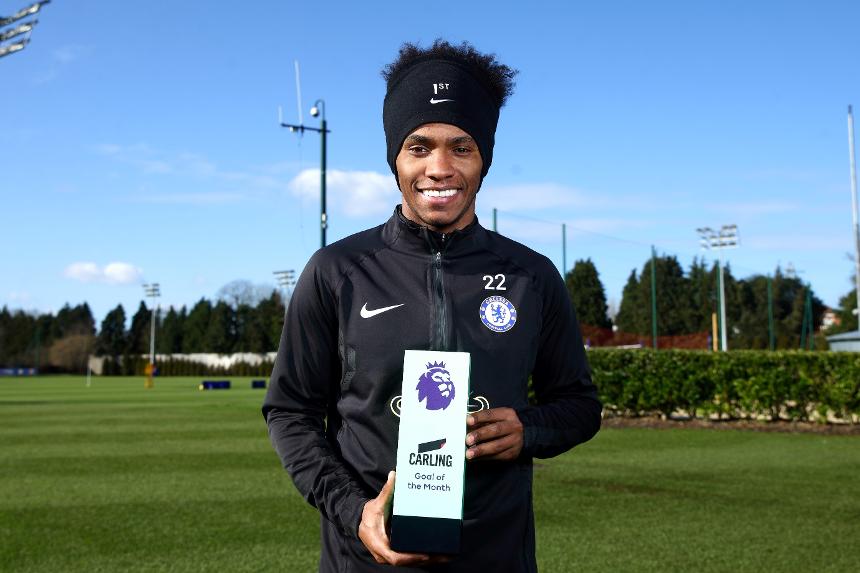 Chelsea winger Willian has won the Carling Goal of the Month award for January.

The Brazilian’s brilliant team effort came in a 4-0 win at Brighton & Hove Albion on 20 January.

Taking possession near the halfway line, Willian ran and exchanged passes with Eden Hazard and Michy Batshuayi before smashing a shot past Mat Ryan from the edge of the box.

.@Willianborges88 is the @PremierLeague Goal of the Month winner for January! 👏

What a goal this was... 🔥 pic.twitter.com/Vw4h1wzrgI

"For sure, it's one of the best goals I've scored in my career," says Willian.

"I hope to score more goals like this one! But the most important thing is to get a trophy!"

The 29-year-old’s strike was one of eight nominated for the award, along with those of Jesse Lingard, Pedro Obiang, Son Heung-min, Christian Eriksen, Roberto Firmino, Anthony Martial and Alexandre Lacazette.

It was selected thanks to the combined votes of a panel of experts and the public, who picked their favourite via the Carling Tap and Carling website.