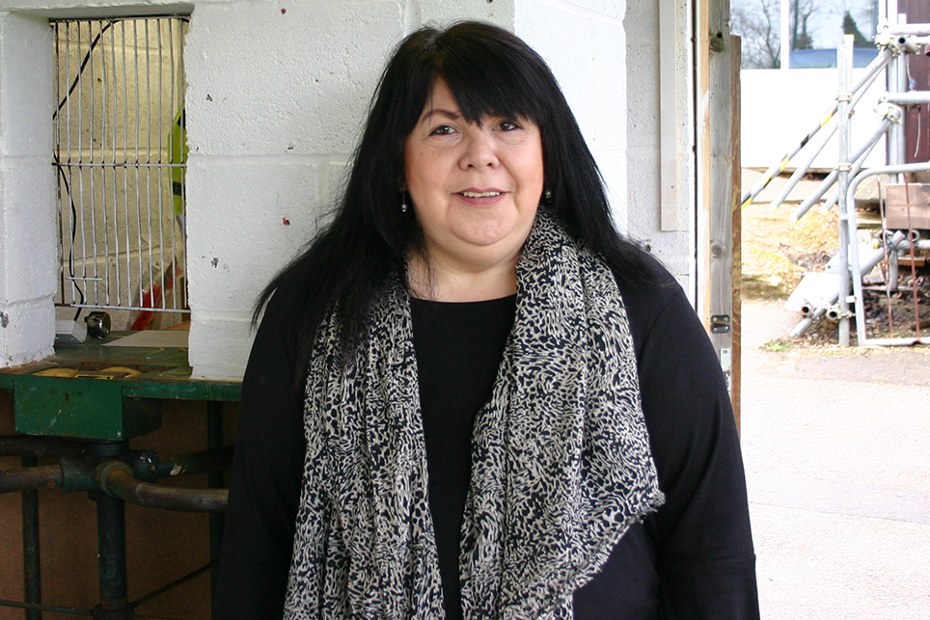 "The club looks so much more professional, there's a different atmosphere about the place."

Promotion to the Premier Division of the Spartan South Midlands League should have been a time of great joy for Welwyn Garden City FC.

The Hertfordshire club reached Level 9 of the football pyramid in 2015 but their promotion also gave way to anxiety.

To continue playing at that level the club needed their ground to have Grade F from The FA National Ground Grading Criteria.

They were nowhere near the required standard and had only nine months to upgrade their facilities or all of their efforts on the pitch would be in vain; they would be demoted.

"We had the standard changing rooms which, we were told, were 'not fit for purpose'," says Karen Fisher, who has been a key part of the club since joining as secretary in 2013. "They were awful.

"The floor was uneven. The concrete had gone. It was just horrible. The showers were disgusting."

The old stand could hold only 83 spectators, 17 fewer than were needed for Step 5 grading to stay in the division.

But Fisher was not content with the club just aiming for that level. She had her sights set higher.

"We decided that, if we were going to do the work, it was better to be ready to go up again to Step 4," she explains.

"To pass our initial ground grading and stay in the Premier Division, we needed a stand that could seat 100 people and have another 50 standing under cover. At the next level it's 150 seated and 100 standing.

But to move up to Step 4, Welwyn Garden City would also have to make their kitchen and toilets accessible to the supporters. All this would cost a substantial amount to a club on a limited budget.

So Welwyn applied to the Football Foundation for a grant from the Premier League-funded Football Stadia Improvement Fund.

With the £100,000 granted by the FSIF the club built two new, covered areas that increased the capacity to 220, and allowed wheelchair users access.

Also, the kitchen was relocated so that food and drink could be sold directly to spectators, helping to make the matchday experience so much better, encouraging more fans to attend and generate more much-needed cash.

"The club looks so much more professional," Fisher says. "When you drive into the club, there's a different atmosphere about the place."

As well as the money from the Premier League there was another gift that added something extra for the club: the turnstiles from Tottenham Hotspur's White Hart Lane.

"That was incredible," says Fisher. "I wrote an email to [Spurs chairman] Daniel Levy, and his secretary literally came back to me within one hour. They were fantastic.

"It made a big difference to us because they're not cheap to buy. It was very generous."

Indeed, those turnstiles have a personal resonance for Fisher.

"I'm a Tottenham supporter, and my grandfather sold programmes outside White Hart Lane when he was a kid," she says. "He could have walked through those turnstiles too. It really does mean something to me.

"Every time I walk through the turnstiles, I just can't believe they've come from White Hart Lane."

And the Spurs connection stayed strong when the club legend Osvaldo Ardiles turned up at the official opening ceremony of the new facilities.

Turnstiles from White Hart Lane have also been donated to Haringey Borough FC in Tottenham, Sun Sports FC in Watford as well as at the Frederick Knight Sports Ground where Spurs Ladies' youth teams play their weekend fixtures.

Further grassroots clubs Cheshunt FC from Hertfordshire and Hadley Town FC in Barnet have benefited from donations of furniture from the Lane.

Welwyn Garden City now have a home fit for the next level, which is just as well because last weekend they won the league title, securing a place at Step 4 for the first time in their history.

With the improvement of their facilities now matching their progress on the field, Welwyn Garden City will be able to enjoy this promotion without any of the fears that accompanied the last one.