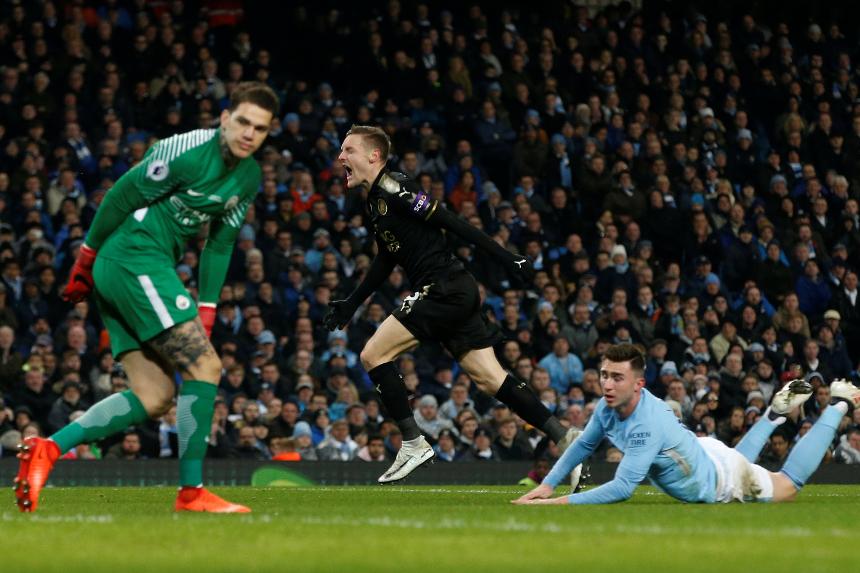 Leicester City striker is the first to score goals against Man City, Man Utd, Liverpool, Spurs, Chelsea and Arsenal in the same campaign

Sergio Aguero stole the show with his four-goal haul as Manchester City beat Leicester City 5-1 on Saturday, but Jamie Vardy showed once more his enjoyment of facing the top sides.

In so doing he became the first player in Premier League history to register against each of these six teams in the same season.

His latest strike was his eighth in 10 matches against the "Big Six" this season.

It consolidated his status as the Premier League's leading scorer against these six clubs over the last four campaigns.

Since August 2014, Vardy has played 43 PL matches against these six and scored 23 goals. This is two more than Aguero, who, of course, is limited by playing only five of the teams.

Harry Kane improved his record by registering in Saturday's north London derby, but Vardy can still add to his own tally this season as he has yet to face Arsenal and Spurs for a second time.

Meanwhile, the Leicester striker has now scored in four consecutive PL matches; the first time he has managed that feat since he netted in 11 successive matches in 2015, setting a record.

The 31-year-old’s 13th PL goal of the campaign against Man City also equalled his tally for the whole of last season, with 11 fixtures remaining for Leicester this term.