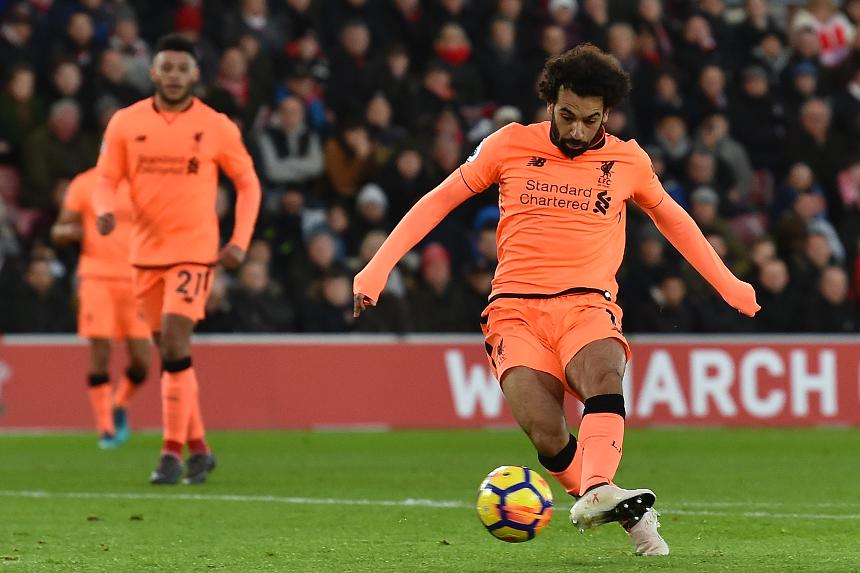 Jürgen Klopp: That's how an away game should be External Link

Mohamed Salah not only kept up his pursuit of Harry Kane for the Premier League Golden Boot with his goal against Southampton on Sunday, he matched a competition record set by a Liverpool legend more than 20 years ago.

The goal in the 42nd minute at St Mary’s was the 19th that Salah has scored with his left foot in the Premier League this season.

No player has scored more in a season and Liverpool still have another 11 matches to play.

He moved alongside the 19 scored by Robbie Fowler with his left foot, for the Reds in 1994/95.

Of the three of Salah’s 22 goals not scored via his left foot, one was a header at Leicester City in September, and two came from his right boot, against Tottenham Hotspur and Chelsea.

Fowler’s 19 left-footed goals were from a total of 25. The next best totals were scored by Robin van Persie.

Most goals with the left foot

Salah can move ahead of Fowler's mark a week on Saturday at home to West Ham United, against whom he scored twice, both with his left foot, in the reverse fixture in November.

EVERY one of @22mosalah's 2️⃣1️⃣ @premierleague goals.

Enjoy the next three minutes. 👌 pic.twitter.com/L7vDRkPRce