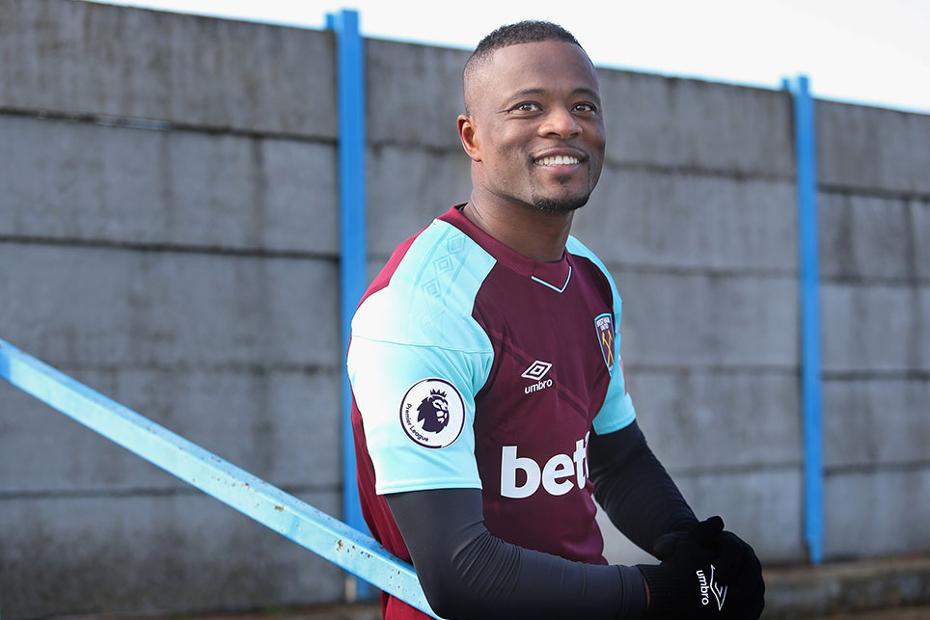 West Ham United have completed the signing of Patrice Evra on a free transfer.

The 36-year-old defender has agreed to return to the Premier League with the London club until the end of the season.

An experienced left-back who made 273 top-flight appearances for Manchester United between 2005 and 2014, Evra won five PL titles as well as the 2007/08 UEFA Champions League with the Red Devils.

"I'm really happy to be a Hammer, to be back in the Premier League and I love this game," Evra told West Ham's official website. " I'm just happy to be here, it's really simple.

"You don’t realise how lucky you are and just to wake up this morning and know I am going to train with my new team-mates made me smile!"

Evra, who has been capped 81 times by France, left Old Trafford for Juventus, whom he helped win two Serie A titles, before a brief stint at Marseille.

He will be hoping to play a part in the Hammers' forthcoming home match against Watford on Saturday.