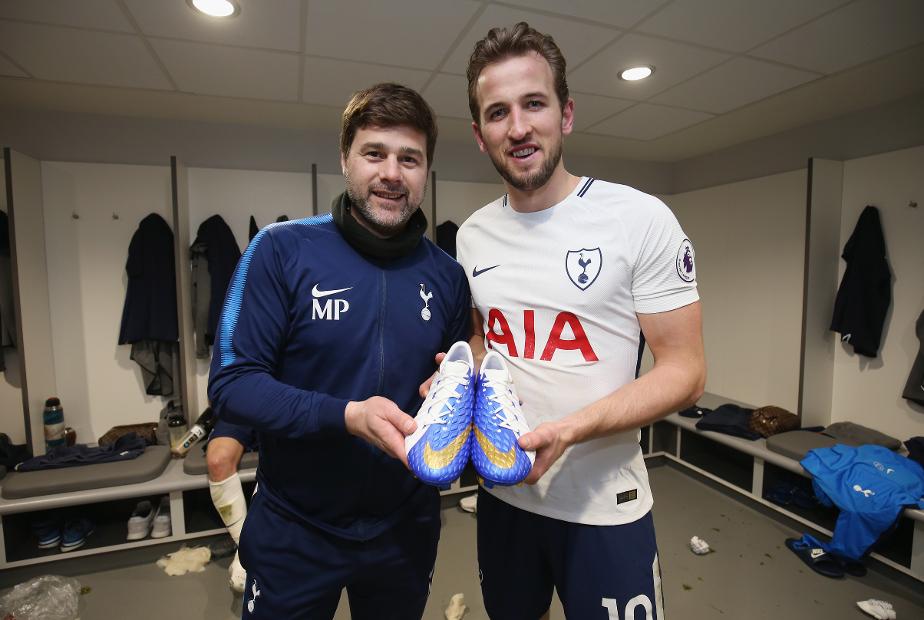 After reaching his century of Premier League goals, there was a special present awaiting Harry Kane in the Tottenham Hotspur dressing room at Anfield.

The Spurs striker was presented with a special set of Nike Hypervenom boots from his team-mates to celebrate the landmark and Kane gave an impromptu speech in receipt of the memento.

Proud to join the @premierleague 100 club.

Kane admitted after the match at being nervous about having to take the penalty that brought up the landmark, having missed one from the spot just minutes earlier.

But he told Spurs TV that joining the "100 Club" as an "amazing" feeling.

Kane on his match