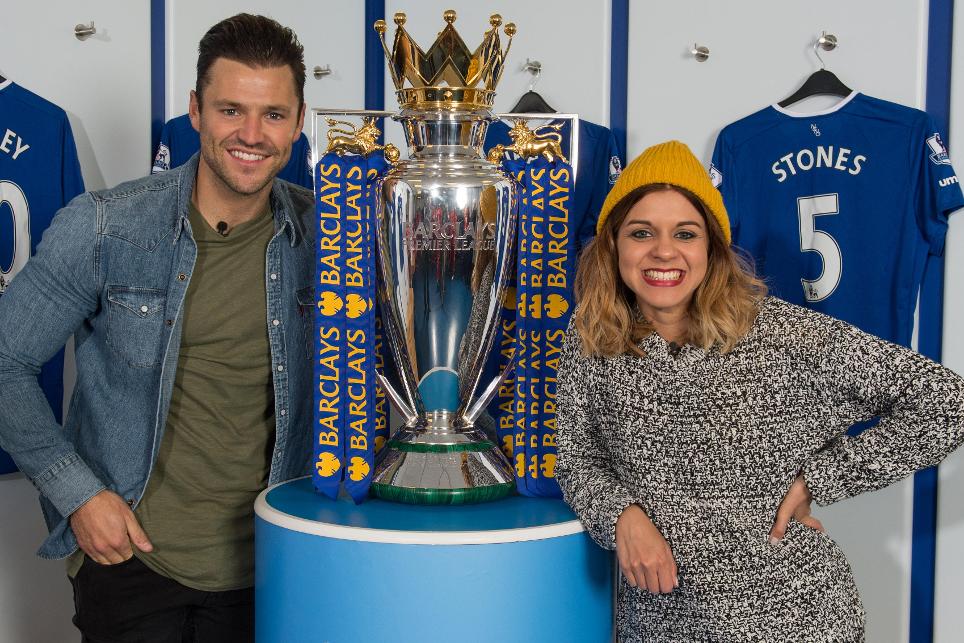 Last week's Premier League Schools Tournament gave young people a memorable experience as they competed for silverware against teams from around the country on the pitch at Everton's Goodison Park.

But for the four teams lucky enough to reach the Under-11 mixed and Under-13 girls finals, they will receive a unique treat when they star in CBBC's Match of the Day Kickabout programme on Saturday morning.

As well as featuring interviews and action from the day on Merseyside, the programme - presented by Lauren Layfield and Mark Wright - will give the finals and the players the full Match of the Day treatment, with player walk-ons, slow motion replays and commentary from BBC football commentator Conor McNamara.

"It is pure once-in-a-lifetime," said Layfield. "You will never get the opportunity to see yourself in that way and to see yourself working professionally almost, with a Premier League referee, with a proper film crew, with all of the camera shots that you see on the grown up version of the programme, it's really inspiring for the kids.

"It will rocket their confidence and will really make a difference in how they perceive themselves."

The MOTD Kickabout team filmed the whole event as 40 schools representing the 20 Premier League clubs battled it out in the 11th edition of the Schools Tournament, with Sunderland’s St. Bedes Comprehensive and Swansea City's Ysgol Gynradd Gymraeg Castell Nedd winning the titles.

The schools had worked extremely hard just to get to the finals, with each one coming through local qualifying for the right to represent their club. Wright said he was impressed with the quality of football on show.

"It's made me incredibly jealous," said MOTD Kickabout presenter Mark Wright. "I would have loved to be a part of this as a kid. The standard has shocked me. I was expecting it to be good, it's the final 40 schools, but the pace of the games and the tension is incredible.

"Playing in that stadium, the kids are going to picture playing in a full house every week. It's going to make them want to play in the Premier League and to do that they know they are going to have to put in work. Hopefully they will get their heads down, keep off the streets and keep playing football."

As well as providing a day to remember for more than 300 young people at Goodison Park, the Premier League Schools Tournament also gives a platform for girls to show their skills and Layfield says a tournament like this would have had a major impact on her when she was younger.

"I used to try to play football when I was at school but you wouldn't get passed to because I was a girl," she added. "What's really good is that you don't see that at all. It's normalising women playing so that it's not an issue in a way that it might have been before.

"I would have loved this chance to play in a tournament like this. Perhaps if there were opportunities like that when I was playing, I might have played football for longer."