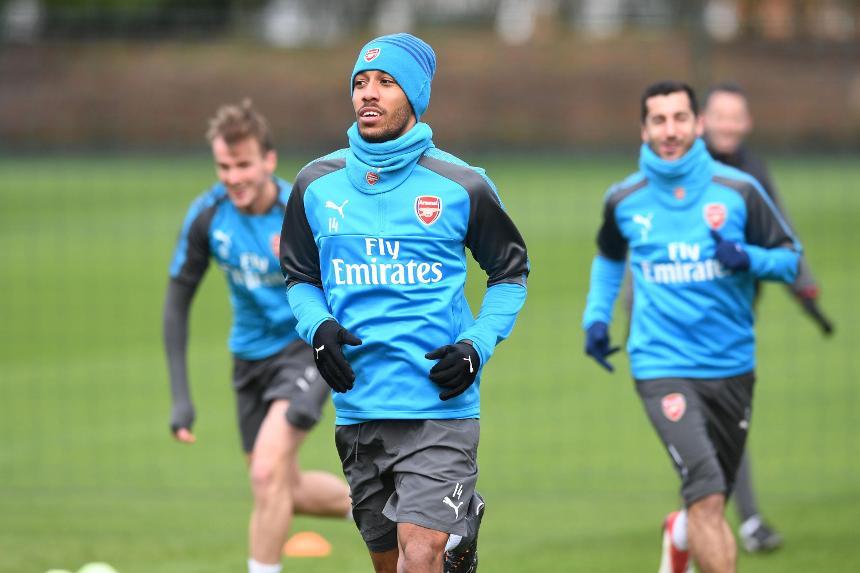 FPL managers looking to bring in clubs' new signings may have to wait for them to see action, warns The Scout

Fantasy Premier League managers looking to bring in the star signings from the final days of the January transfer window should show caution as fitness doubts threaten their debuts this weekend.

Brought in by 84,000+ managers since arriving on Wednesday, Arsene Wenger confirmed that the club-record signing will need to be assessed.

Wenger has also stated that another January transfer, Henrikh Mkhitaryan (£7.6m), will make his first start for Arsenal.

The Armenian's only goal this season was against Everton for Manchester United at Old Trafford in Gameweek 5.

The striker's 12-minute cameo off the bench for Arsenal at Swansea in midweek was his first appearance since Gameweek 18.

In defence, Andreas Christensen (£5.5m) is ruled out with the hamstring problem that forced him off against AFC Bournemouth on Wednesday.

The centre-half has played more than 60 minutes in only one of the last six matches, missing out on all four of Chelsea's clean sheets in that spell.

Christensen is the most-sold defender in the Gameweek with 43,000+ managers moving him on.

In-form winger Willian (£6.8m) has returned to training and faces a late assessment for Chelsea.

The Brazilian has three sets of double-digit returns in his last five Gameweek starts.

He could face a Hornets side who have conceded 25 goals at home this season, the most in the league.

David Silva (£8.0m) is a doubt for Manchester City's trip to Burnley, struggling to overcome a knock.

That means Ilkay Gundogan (£5.3m) could be handed a fourth successive away start at Turf Moor.

The German delivered 13 points in his previous road trip, at Liverpool in Gameweek 23.

Take a chance on Sturridge?

Daniel Sturridge (£7.9m) is pushing for a full debut for West Bromwich Albion after appearing as a substitute at Man City in midweek.

The on-loan striker fired two shots on goal in only 12 minutes to stake a claim on Alan Pardew's starting XI against Southampton, with a favourable schedule to follow.

Four of the Baggies' next six matches score only two in the Fixture Difficulty Rankings (FDR).

Gray in the frame

Demarai Gray (£5.3m) could benefit from the continued absence of Riyad Mahrez (£8.7m) from the Leicester City squad.

Foxes manager Claude Puel has confirmed the Algerian is unavailable for Saturday's home encounter with Swansea City, a second successive Gameweek he will be absent.

Mahrez was the most-sold player ahead of Saturday's 11:30 GMT deadline, departing from more than 141,000 squads. Gray replaced him at Everton, earning a first start since Gameweek 21.

The Swans arrive at King Power Stadium without a clean sheet in each of their last nine away matches.