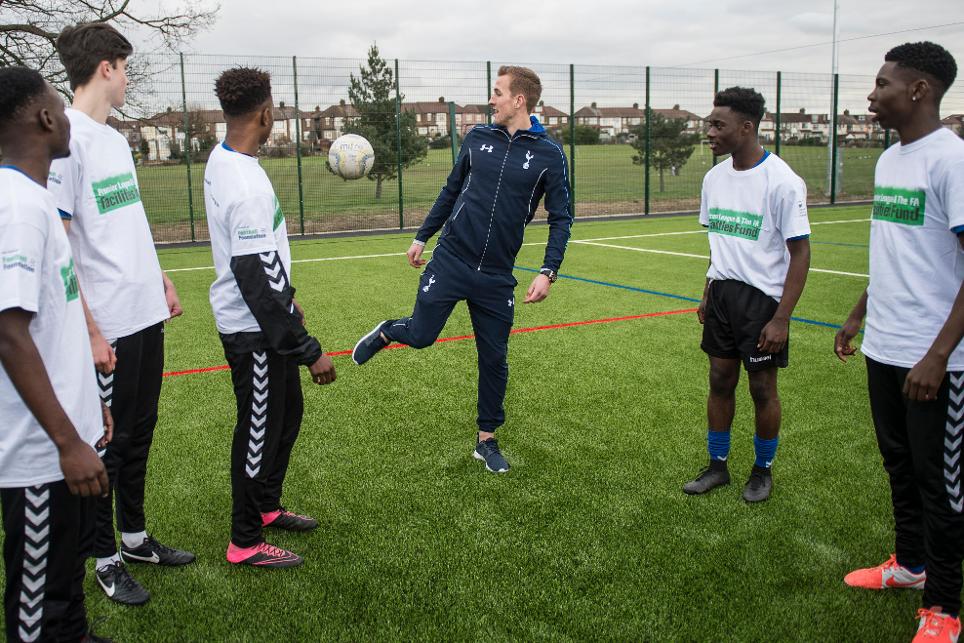 Premier League & The FA Facilities Fund External Link
Watmore: Access to quality facilities makes all the difference
Scholes: These facilities will have an unbelievable impact

Harry Kane returned to his roots last week to open a new facility built with funds from the Premier League to help local teams.

The Tottenham Hotspur and England striker went to the Peter May Sports Centre, in Walthamstow, east London, where a grant of £368,696 from the Premier League & The FA Facilities Fund has helped to build a floodlit, third generation (3G) artificial grass pitch (AGP).

Kane learnt to play on the site, and David Beckham played there during his formative years, as did Ravi Bopara who honed his cricket skills on the outfields.

The new facilities replace a sand-filled pitch, which could not cope with the high demand from local clubs.

Many amateur teams will call the new facility home, including Beckham and Kane's old club, Ridgeway Rovers, while Colchester United and Leyton Orient will be able to help the women's game and people with disabilities.

Over the next five years, it is expected that the number of teams at each of those clubs will increase by 40%.

"I grew up learning my football trade in this part of the world, so I know how much this new pitch will mean to the local community," Kane said. "This facility will inspire more people to get involved in sport and in doing so will create quality, home-grown talent and increase participation levels in football."

Funding for the facility also came from the London Playing Fields Foundation (£135,000) and the London Marathon Charitable Trust (£75,000), while the project was delivered by the Football Foundation.

"Playing fields are where sport starts and for the gifted few they are where careers start, so it was great to see Harry come home to where it all began," said Alex Welsh, London Playing Fields Foundation Chief Executive, who also coached a young Kane.

"I'm sure that this new pitch will dramatically improve the playing and training experience for a whole generation of young footballers and be a model for other facilities across the country."