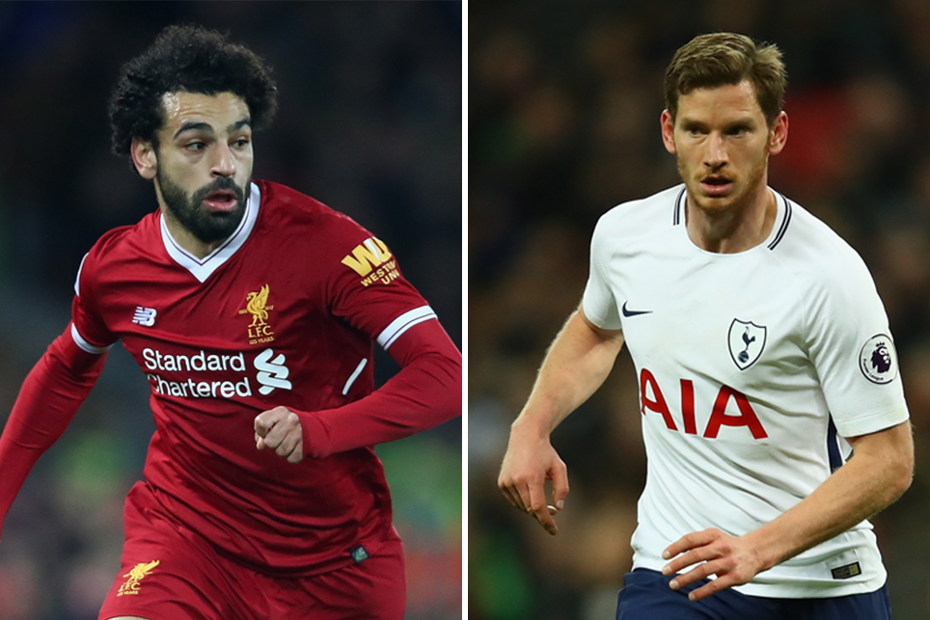 Will Mohamed Salah or Jan Vertonghen come out on top when Liverpool host Tottenham Hotspur on Sunday?

Salah has scored 14 goals in his last 14 Premier League appearances for Jurgen Klopp's side and has also been involved in more Premier League goals this season than any other player, with 25 (19 goals and six assists).

He has been particularly impressive at home, being involved in 19 goals in 17 appearances in all competitions at Anfield.

One reason for Salah's contribution this season could be the number of times he has touched the ball in the opposition box.

Only Raheem Sterling has done so more.

Spurs have won only once in 23 PL visits to Anfield and to leave there with a positive result on Sunday Vertonghen will have to play a key role for a side with 11 Premier League clean sheets this season.

Vertonghen has started all of Spurs' 25 Premier League matches, playing the full 90 minutes in all but one.

So perhaps it is no surprise that the Belgian leads the way for the north Londoners in many categories.

On Sunday, he will be looking to contain Salah and continue Spurs' seven-match unbeaten run in the Premier League.

See: The Liverpool legends Salah can beat to goal record