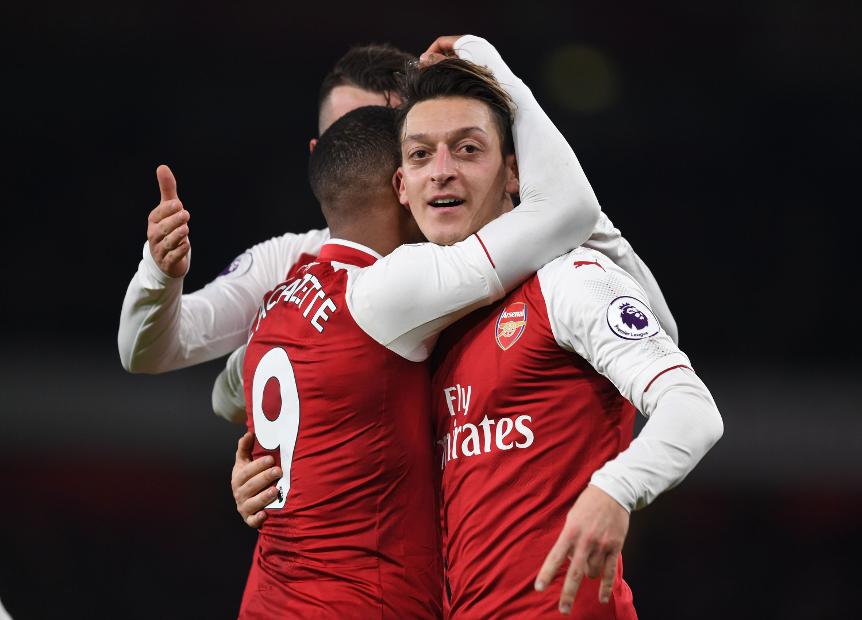 Check out our best goals at home to Everton External Link

Mesut Ozil can celebrate his new "long-term contract" with Arsenal against Everton on Saturday by reaching a landmark quicker than any other Premier League footballer.

The Arsenal playmaker's pass for Nacho Monreal's goal in the 3-1 defeat by Swansea City on Tuesday, took Ozil, who joined the club in September 2013, to seven assists for the season.

Overall it was Ozil's 49th in the Premier League and were the German to get another against Everton, he would reach his 50th Premier League assist in fewer matches than it took Eric Cantona, Dennis Bergkamp and Cesc Fabregas.

An assist on Saturday would make it a half-century in only his 137th PL fixture, six matches fewer than needed by Cantona, who reached 50 in 143 fixtures.

David Beckham was the fifth fastest to 50 assists, taking 170 matches.