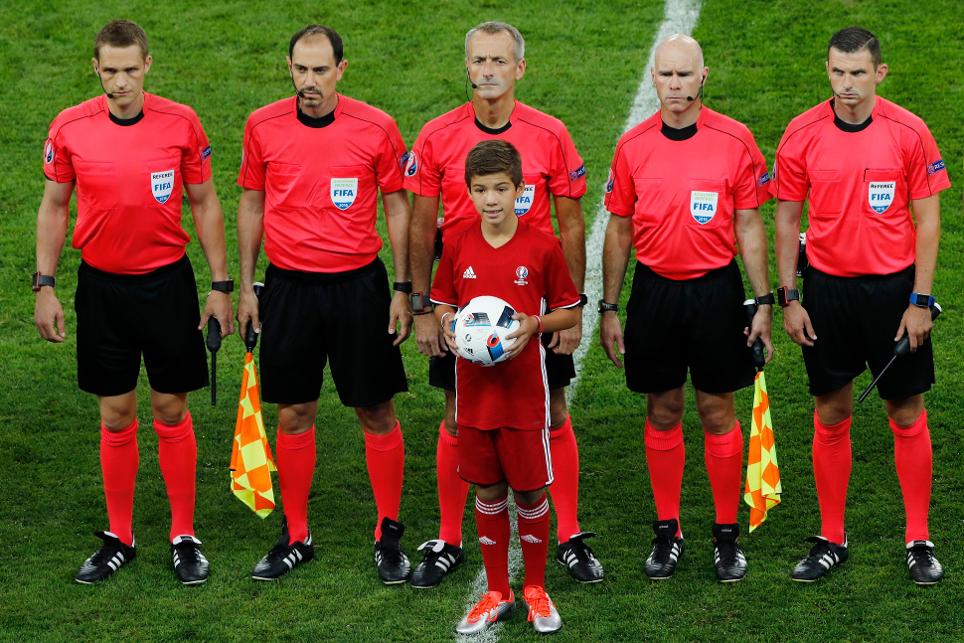 The UEFA Euro 2016 match between Germany and Ukraine was a special moment for Martin Atkinson as the Premier League official made his first appearance as a referee in an international tournament.

Atkinson, 45, has been a Premier League referee since 2004 and took charge of the Group C match with his team of assistants, Michael Mullarkey, Stephen Child, Michael Oliver and Craig Pawson.

Before he travelled to France, premierleague.com spoke to Atkinson about being selected for the tournament.

"I have put 30 years of my life into refereeing and to be selected to go to the Euros is a massive honour."

"You can't explain the feeling you get when you receive the call to go," he said. "It's something that the team had worked so long for and yet it's one telephone call, it is one decision that is made. There were so many emotions; delight, relief, pride.

"As a 15-year-old starting out you try to do the best you can and get as far as you can in refereeing. I've been lucky to get to where I have. I have put 30 years of my life into refereeing and to be selected to go to the Euros is a massive honour for me and I say that for my team as well.

"I never thought that I would referee at the level that I have got to. I love every minute of it.

Atkinson, and the same team of assistants, will get the opportunity to feel that sense of pride once again after having been selected to officiate a second match in France. He will take charge of proceedings for the final Group F match between Hungary and Portugal in Lyon tonight.

"It's the pinnacle," he said. "These tournaments only come around so often and you get so many chances. For me it was likely to be my last chance to go to a tournament. I am chuffed for the whole team."

With the responsibility, Atkinson also feels the pressure of making sure he performs on the higher stage.

"We want to represent the Premier League the best we can. There's no extra pressure. You have got to be confident and believe in yourselves. We know that we have worked hard to get there but that's just the start. Once we are there we have to perform.

"My two additional referees are young, up-and-coming international referees who are going to learn so much from the tournament and the experience will benefit them in the future."

"When you are preparing, it's a matter of not looking too far ahead; one game at a time, as the all the players would say. There's no targets, we'll just go out and give it our best shot.

"Walking out for my first match will be a proud moment of course because it's my first tournament but I imagine it will be very much like when you walk out for any game - with your chest out, match ball in your hand, thinking, 'We need to deliver today'."