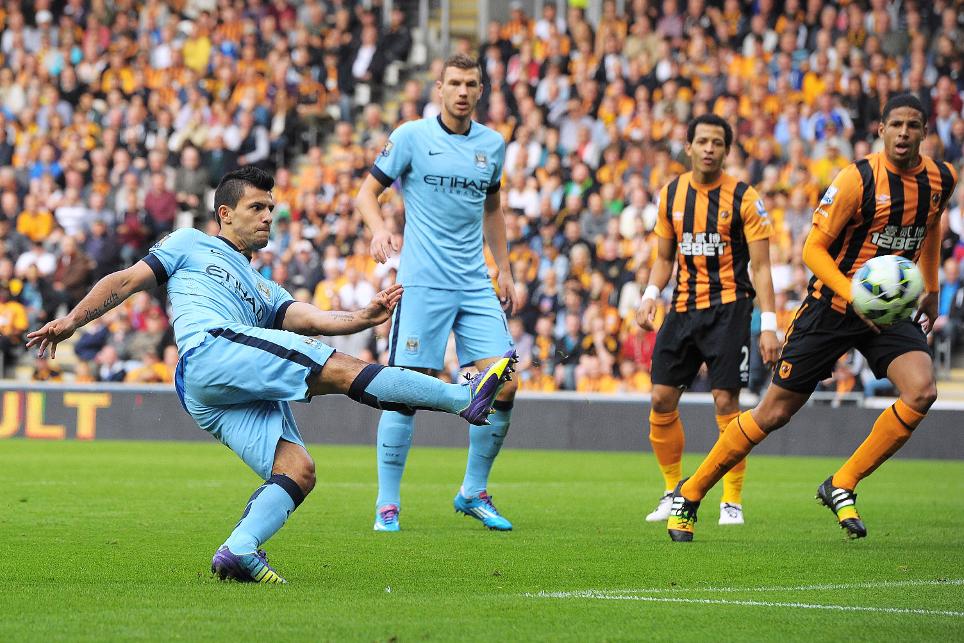 An intervention from Golden Boot winner Sergio Aguero helped Simon March claim the 2014/15 Fantasy Premier League title, as he held off a late challenge from Jon Sumner on the final day.

March had been top of the overall leaderboard since Gameweek 24, and Aguero's goal in Manchester City's 2-0 victory against Southampton eased any concerns of Sumner overtaking him, while Harry Kane's headed goal and Paul McShane's clean sheet for Hull City against Manchester United helped him to a points haul of 43 in Gameweek 38 that was enough to claim the crown.

March's 2,470 points was enough for "Atletico Marchid**" to finish 21 points clear of a field of more than 3.5million managers, the most in any Fantasy Premier League season.

Atletico Marchid** was under threat at half-time on the final day, with Sumner's Dirty Sanchez team boosted by the GW38 transfers of Theo Walcott and Diego Costa. Walcott's first half hat-trick for Arsenal generated 20 points for Sumner, but handing the captaincy to Costa, who scored once, damaged his chances of a late swoop for the title.

March, based in Singapore, spoke exclusively to premierleague.com about his triumph.

Premierleague.com: What is your day job?

Simon March: "I work in digital marketing. When I started playing Fantasy Premier League, my job was essentially to analyse data and use it to optimise online ad campaigns. That process had a lot of parallels to managing an FPL team so, looking back, that experience may well have helped!"

When did you first start doing Fantasy Premier League?

"I started off helping a friend with a team about seven seasons ago and got hooked while doing that so I've been playing fully myself for about six years."

Have you got close to this level of success before?

"I've had a top 6k and a top 3k finish before but, no, nothing close to this season!"

What do you like most about Fantasy Premier League?

"I think it makes football more interesting. As an FPL manager, matches that would otherwise have been totally insignificant to you suddenly can take on huge importance!

"It's also a fun and unique challenge in that it draws not just on your football knowledge but also your ability to manage data, risk, assess probability, etc. And it's a great source of office banter!"

When did you first begin to think that this could be your season?

"I made it to first in GW24 and, back then, it was a thrill just to be there and then to see how long I could keep it. It wasn't until the last few Gameweeks that I started to think I might actually do this.

"Even during GW38 it was still up for grabs so it wasn't until the final update that I felt completely confident about winning it!"

What were you doing while the Gameweek 38 matches were taking place?

What does it feel like now you have won?

"Incredibly surreal! Prior to this season, the thought of winning it had never even occurred to me. I'd only ever even looked at the overall leader to marvel at how far ahead of me they always were. Now I've done it, I’m still pinching myself."

What did you do differently from previous seasons? What lessons have you learnt?

"If there was a single principle that defined my season it was flexibility. I set my initial team up with a fairly even distribution of player value, which meant I could transfer in-form players without the need for major surgery.

"Wherever possible, I banked my free transfers because you can make so much more of a difference to your team with two transfers rather than one and I made my transfers as late as possible to take into account team news.

"Finally, I kept my wildcard until GW34. I usually use it within the first four weeks! That allowed me to take advantage of the late double Gameweeks and set my team up for the final run-in.

"There were probably occasions where I sacrificed the opportunity of scoring more points in favour of maintaining flexibility but, in the end, this long-term view was probably what made the difference. That and a big dose of good fortune."

Have you got any basic tips you could pass on to less successful FPL managers?

“The best piece of advice I can think of, and a surprisingly hard thing to do over the course of a whole season, is to try and keep it simple.

“That means not trying to be too clever with your initial team selection, minimising risks with your captain choices and not wasting your transfers chasing points from the previous week. These are all things I’ve been guilty of in the past!”

"Keeping it simple becomes harder the more experienced you get at FPL so it’s possibly good advice for all levels."

If you could change one thing in FPL, what would it be?

"This season has been the best yet in terms of the overall format and points system. That said, I've never been a massive fan of the -2 points for missing a penalty rule, it feels like a double punishment. Mind you, it does add to the drama."