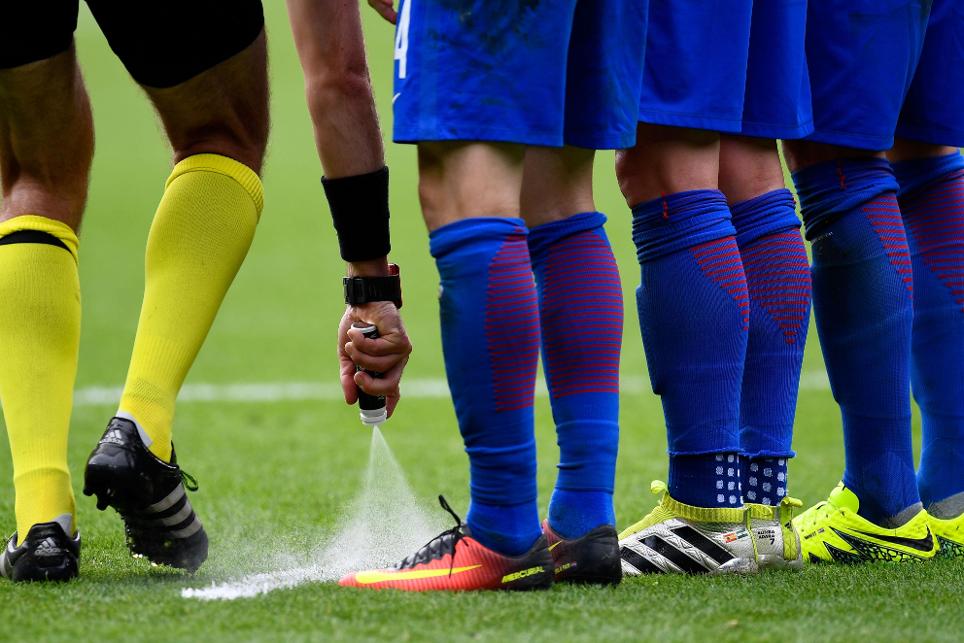 League to use Hawk-Eye for goalline technology
How Hawk-Eye's goal-line technology will work
Marriner: The making of a modern referee

Premier League Executive Chairman Richard Scudamore said: “At the Premier League we are open to developments that enhance the competition and it was clear from watching the 2014 FIFA World Cup in Brazil that Vanishing Spray benefitted referees, players, and all of those who watched the matches.

“Having witnessed that, and following consultation with our clubs and the PGMOL [Professional Game Match Officials Limited], we have decided to introduce it in the Premier League and look forward to having it in place for the 2014/15 season.”

PGMOL General Manager, Mike Riley, said: “As an assessor at the 2014 FIFA World Cup in Brazil I saw first-hand the benefits of Vanishing Spray for referees, and for the game as a whole.

“The Select Group referees are looking forward to using it during Premier League matches next season.”

The Premier League will use Vanishing Spray produced by 915 Fair Play Limit (www.915fairplay.com), which is the same supplier that worked with FIFA for the World Cup in Brazil.