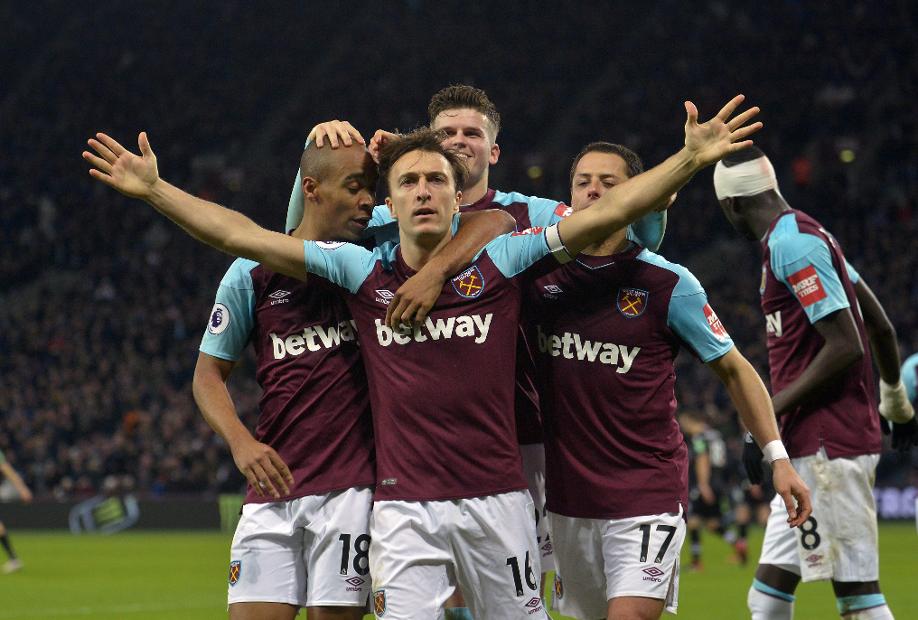 West Ham made a bright start with Joao Mario sending an early shot wide on his Premier League debut.

Despite losing Bakary Sako to injury in the first half Palace took the lead when Benteke headed in Andros Townsend’s cross on 24 minutes.

West Ham were level before the break, with Noble equalising from the spot on 43 minutes after James Tomkins' foul on Chicharito.

Neither side could find a winner in a quiet second half, Chicharito going closest with a powerful header.

West Ham are 10th on 27 points. Palace lie two places and a point behind.