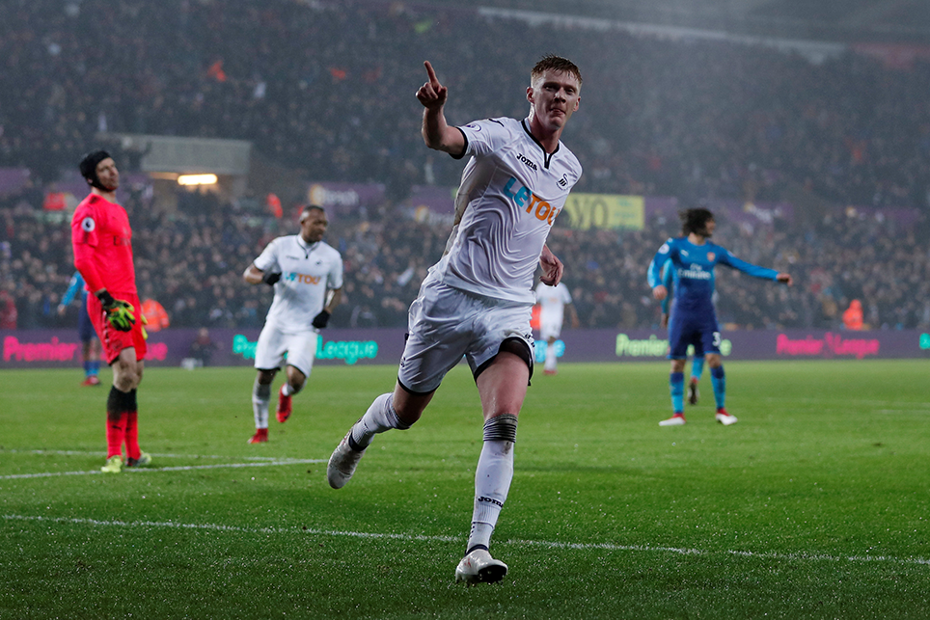 Swansea City handed Arsene Wenger only his second defeat to a club placed bottom as two goals from Sam Clucas earned a 3-1 win over Arsenal to lift them out of the bottom three.

Nacho Monreal had put the Gunners ahead when he met a curling ball from Mesut Ozil.

But within 60 seconds, Swansea were level as Alfie Mawson's pass bisected the Arsenal defence and Clucas ran on to score.

A minute after Henrikh Mkhitaryan came on for his Arsenal debut, Jordan Ayew put the Swans ahead as Petr Cech miskicked a backpass from Shkodran Mustafi straight into his path.