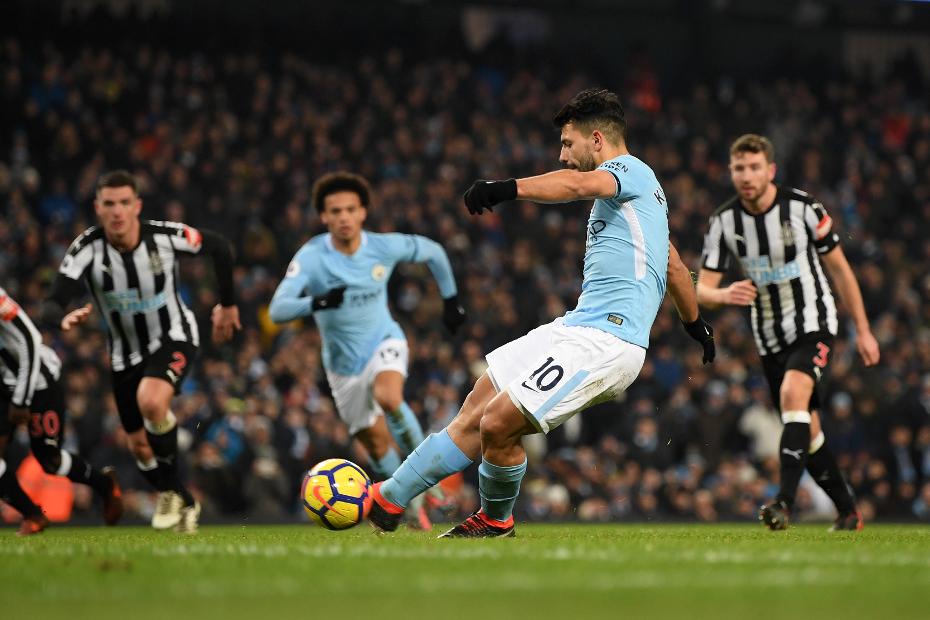 Leicester City are still without Wes Morgan (hamstring) and Shinji Okazaki (knee). Riyad Mahrez returned to training on Friday and is available for selection.

Manchester City are unbeaten in their last 25 home Premier League matches (W20 D5); it is the 14th such run of 25+ fixtures in PL history, and the longest since Chelsea’s sequence of 26 that ended in April 2014.

Sergio Aguero has scored in each of his last six matches at the Etihad Stadium in all competitions, producing 10 goals in that run. He has never scored in seven consecutive home matches for Man City.

Jamie Vardy’s three PL goals against Man City all came in the same match, a 4-2 win in December 2016; he is one of only three players to score three PL goals versus the Citizens with all goals coming in a hat-trick, along with Gabby Agbonlahor and Tony Cottee.

Leicester City have not collected a single point in any of their last nine PL matches against sides starting that day top of the league, losing all nine by an aggregate score of 3-20.