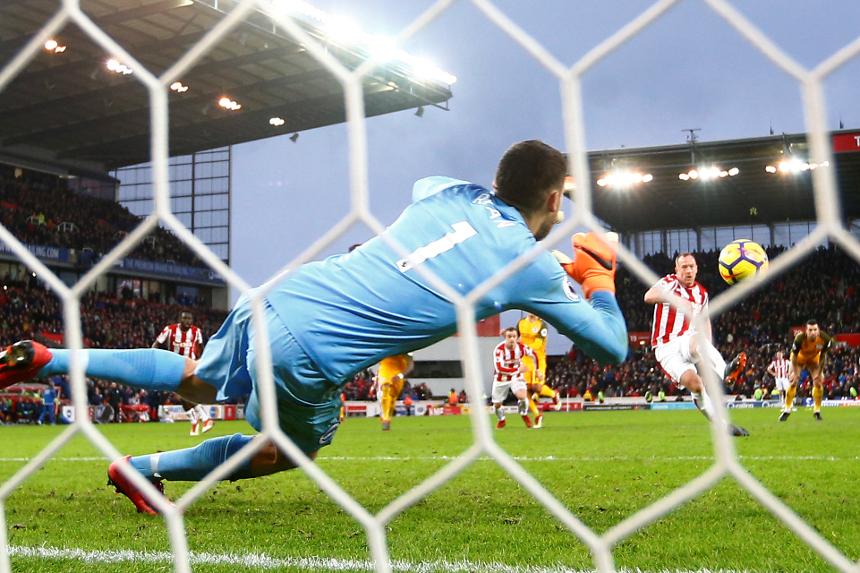 On 68 minutes Xherdan Shaqiri equalised from 25 yards with a second goal in as many appearances.

Substitute Jese then earned Stoke the chance to win it but Charlie Adam's spot-kick was saved and Lewis Dunk brilliantly intervened on the rebound when Adam seemed certain to score.

The point lifts Stoke level on points with 17th-placed Newcastle United, while the Seagulls remain 13th.