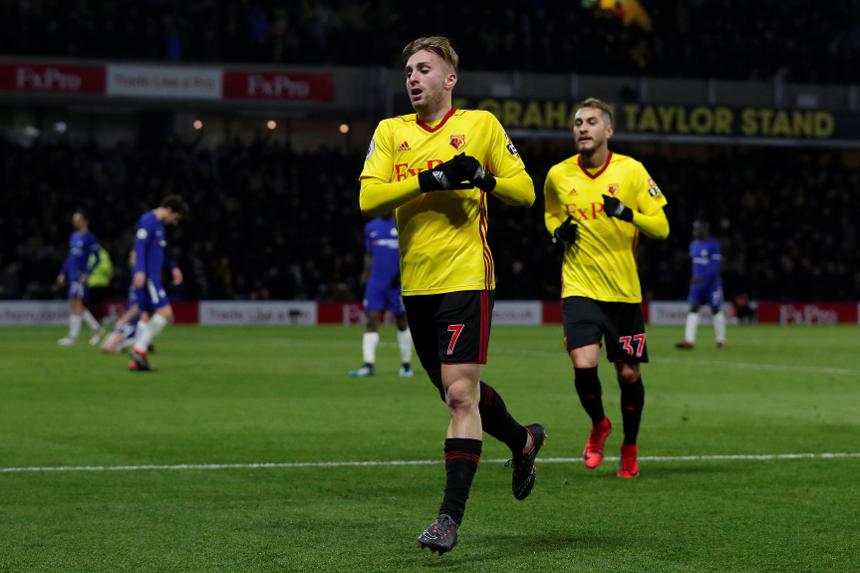 Watford started brightly at Vicarage Road and were helped by Chelsea's Tiemoue Bakayoko being sent off on the half-hour for a second yellow card.

They took the lead through Troy Deeney's penalty just before half-time following a foul on Deulofeu, who signed on loan from Barcelona in January.

Watford stay 11th but moved six points off the bottom three. Chelsea remain in fourth, one point behind Liverpool and one ahead of Spurs.