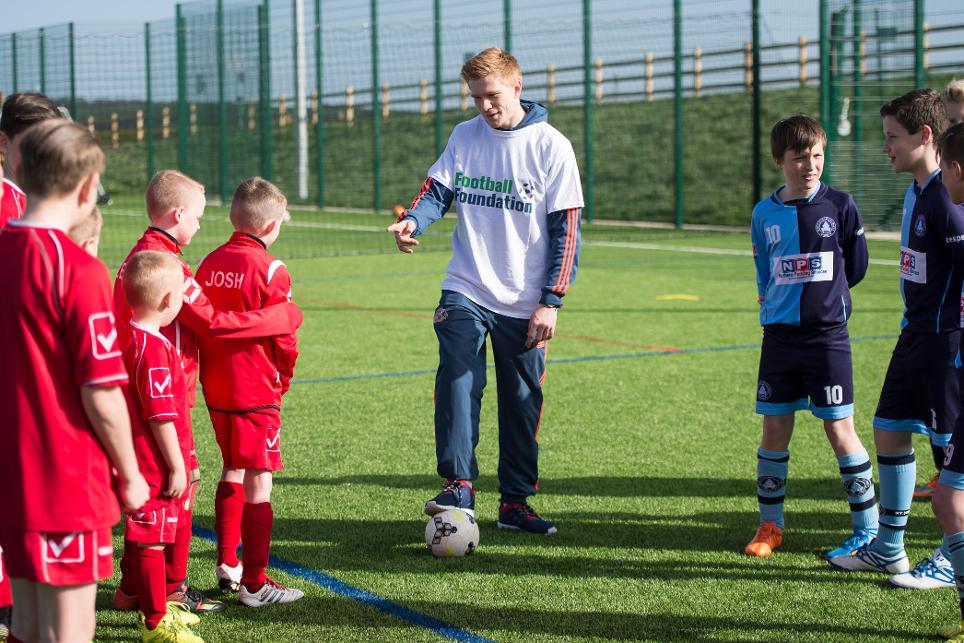 Sunderland forward Duncan Watmore stressed the importance of having quality facilities to play on after he opened a new pitch near to the club that was made possible by the Premier League & The FA Facilities Fund (PLFAFF).

St John's School and Sixth Form College College, in Bishop Auckland, County Durham, has a floodlit artificial grass pitch, built with the help of a £214,950 grant from the PLFAFF, which is delivered by the Football Foundation. It replaces a dilapidated multi-use games area and part of a natural-grass playing field that was prone to waterlogging.

Watmore, who was signed from non-league Altrincham by Sunderland, was impressed by the new facilities.

"There simply will not be a time when someone isn't using it, which is just brilliant," he said. "Not so long ago, I was playing at the lower levels of the game and I can tell you that having access to quality facilities, just like this one, makes all the difference when you are trying to improve as a player."

The pitch will encourage sports participation in the wider area. St Mary's Junior Football Club, one of the partner clubs on the site, will more than double the teams they cater for from 18 to 40, with most of the growth at boys and girls Under-10 to Under-18 level over the next five years.

With the pitch in place, the club also plans to introduce Under-11 and Under-18 disability teams and to give 26 of St John’s teachers and 36 junior sports leaders the chance to gain FA Level One coaching qualifications.

"The facility has transformed the delivery of our PE curriculum and provides year-round access, ensuring that football and sport continue to thrive both within and beyond St John's," said St John's headteacher Lisa Byron.

There have been a number of new facilities funded by PLFAFF that have opened recently. For more click on the links below.