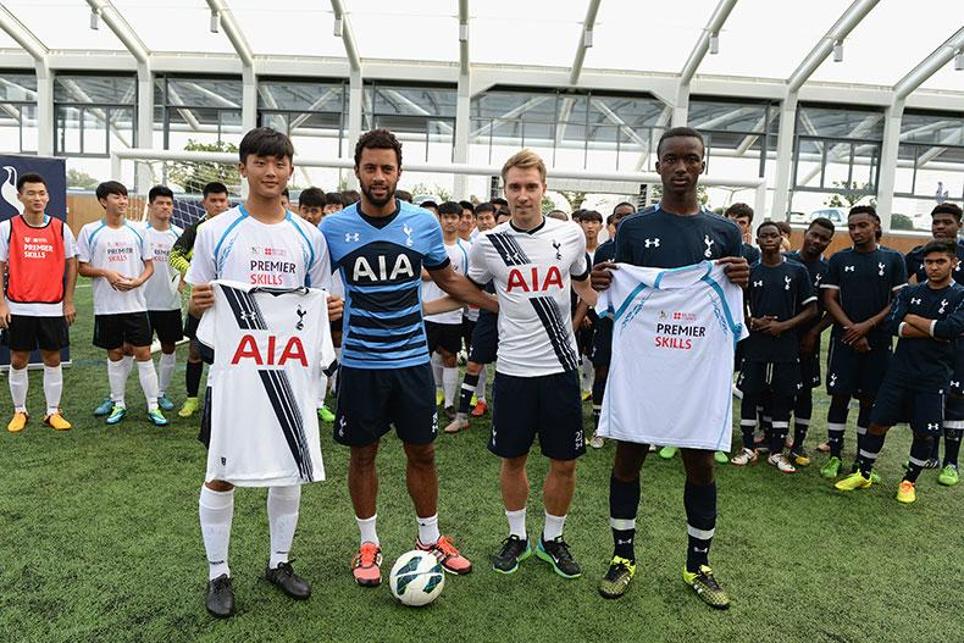 Last week’s UK/China Football Forum was not just a chance for both countries to enhance their football relationship, it also was an opportunity for students from London and Beijing to come together and forge lasting friendships.

The forum looked at ways the two nations can collaborate to help develop the game in China and Chinese Vice Premier Liu Yandong and Premier League Executive Chairman Richard Scudamore were among the guests.

At the same time a visit to London by students from the RDFZ High School in Beijing was highlighting the bonds and friendships that can be made through the game. The students joined participants from Tottenham Hotspur Foundation's Education and Football Development scheme for a trip to the Spurs training complex and a unique game of football.

While the Forum was taking place at the Capital City Academy in London, the students played a match which was started by former Liverpool striker Michael Owen and Vice Premier Liu and refereed by Premier League official Mike Jones.

“When we were playing lots of the kids from the school were cheering us, it was really amazing,” said 17-year-old RDFZ student Li Jiaju. “I really hope that from this match and this experience we can learn from English football, and help develop the game in our country.”

"It was a very good experience to speak with them, knowing that they have made it in the football world and that is what we are trying to do," said Tottenham Hotspur student Charlie Bailey. "To play in the match was great, it felt good to be surrounded by really important people.

"It's a once in a lifetime opportunity to play with and against people from overseas, to see what style of football they play. We don’t speak the same language but it didn’t matter, we were communicating and playing well together."

For Tottenham Hotspur Foundation, being involved in the Forum, which was organised by the British Council and The General Administration of Sport China, and the visit was a further statement of the links the club has forged with China over the last few years.

"We have been doing quite a lot of work out there," Tottenham Hotspur Foundation CEO Grant Cornwell said. "We have spent 300 days in China over the last year or so delivering activities on the ground.

"It was a natural synergy for us to be part of this and show what we have been doing but also it gives our kids the opportunity to have that cross-culture experience which has been great.

"It's something they will remember for the rest of their lives and very few people will get to do. It's trying to give them life-changing opportunities that they wouldn't normally get."

The commitment to knowledge sharing between China and the UK will include the expansion of Premier Skills, a community coach education programme run by the Premier League and the British Council, which has training PE teachers and school sport coaches in China for the past six years.

During a visit to Urumqi in Xinjiang, in China, this week, Chancellor of the Exchequer George Osborne saw the impact Premier Skills is having in China and announced the aim to train 5,000 new coaches through the programme.

Premier Skills coaches provided examples of how the initiative works when they put the British and Chinese students through their paces in coaching sessions at the Spurs training ground.

"The future in China is very exciting," Premier Skills head coach Paul Hughes said. "The Chinese are very passionate about their football and they want to succeed.

"The Government there have got a big push around football and football in education. This is only the start for Premier Skills. I think it is only going to grow in China and there is a really big opportunity for both the Premier League and the British Council to grow with the football agenda that they are looking to adopt."