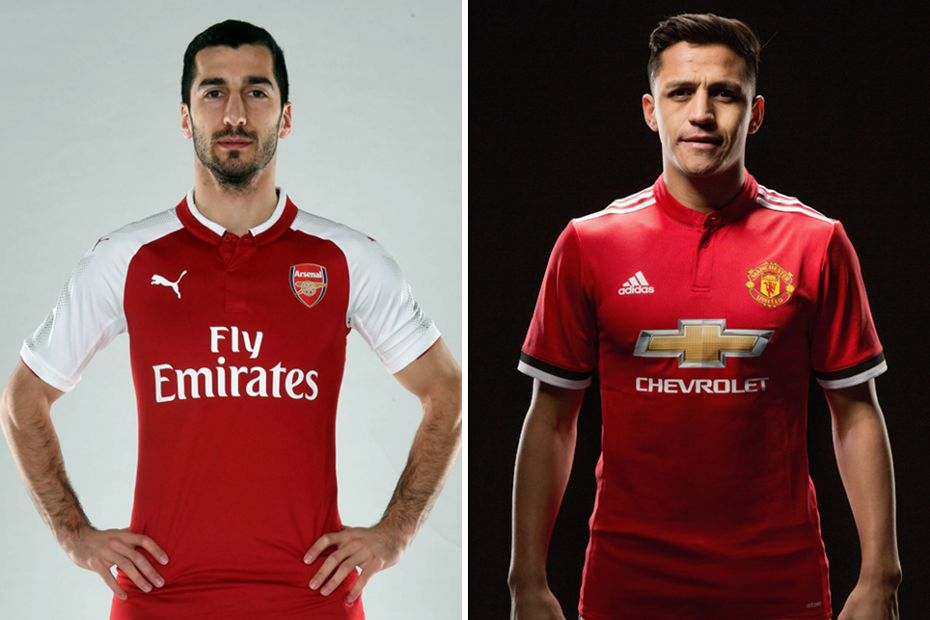 The swap deal that Manchester United and Arsenal agreed for Alexis Sanchez and Henrikh Mkhitaryan was a rare occurrence in the Premier League.

We look at five previous occasions where two Premier League clubs have been involved in player exchanges (including cash) and how those players fared at their new clubs.

Andrew Cole’s move to Old Trafford in exchange for Keith Gillespie and cash was rated a British record transfer at the time.

The two strikers did not have immediate impacts at their new clubs.

After an injury-disrupted start, James Beattie enjoyed his most prolific Premier League season on the south coast in 2002/03, netting 23 goals.

Overall, he scored 68 goals from 204 Premier League matches for Southampton.

Having won the Premier League title twice at Arsenal, Ashley Cole would add a third winners' medal in 2009/10 with Chelsea, where he played 229 PL matches, scoring seven goals.

Appointed captain at Emirates Stadium in his second season, William Gallas netted the winner against his former club in December 2007, one of 11 Premier League goals from 101 appearances.

Joining Cardiff City for the second half of the 2013/14 season, Kenwyne Jones struggled in front of goal, scoring just once in 11 Premier League matches as the Welsh side battled in vain against relegation.

Peter Odemwingie fared better initially, getting five goals for Stoke City in 2013/14. But he was unable to score again in the Premier League for the Potters as injury blighted his stay there, making 27 PL appearances overall.

Gylfi Sigurdsson returned to Swansea City for a second spell and excelled, scoring 27 times and providing 26 assists in 106 PL matches before moving to Everton last summer.

Ben Davies needed time to usurp Danny Rose as a permanent fixture in the Tottenham Hotspur defence. He has made 73 Premier League appearances, scoring three goals.

Michel Vorm has had more difficulty getting selected ahead of Hugo Lloris in the Spurs goal, making just 11 PL appearances.