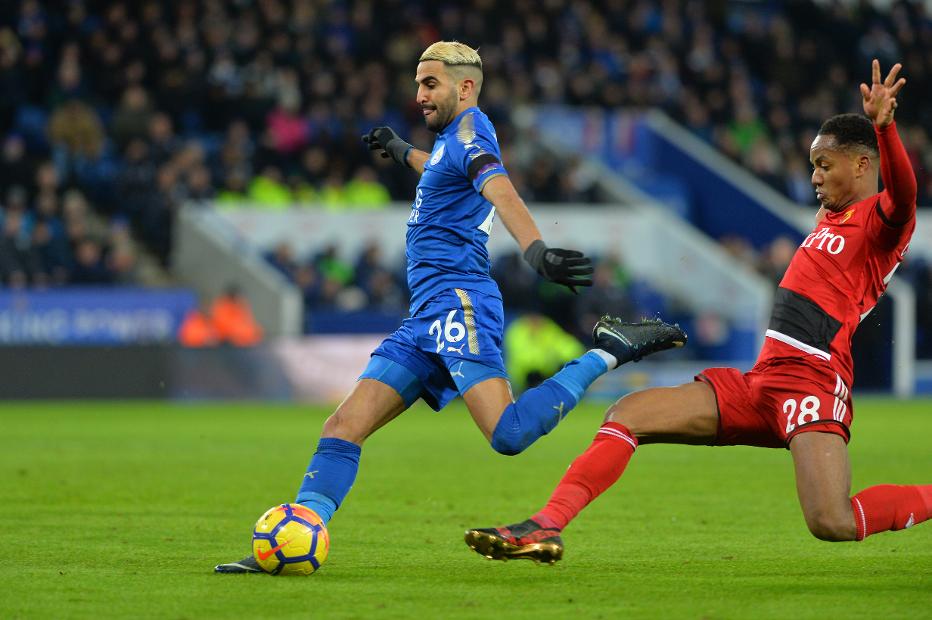 Riyad Mahrez (£8.7m) continued his outstanding run of form with an eighth goal of the season in Saturday’s 2-0 win over Watford.

But the Leicester City midfielder was denied bonus points for his performance.

Indeed, despite scoring or assisting in 14 matches this season, Mahrez has been awarded maximum bonus points only once.

He missed out on bonus points in five of those 14 matches.

In contrast, team-mate Jamie Vardy (£8.5m) has scored or assisted in 11 matches, picking up 19 bonus points.

Only twice in those 11 outings has Vardy failed to gain bonus, and he has been awarded the maximum three points on four occasions, including Saturday’s win.

The reason why Mahrez fails to get bonus is because of the statistics that make up the Bonus Points System (BPS), which decides how bonus points are awarded.

Players earn points in the BPS based on a number of on-pitch events, with some actions, such as fouls and being tackled, losing players points.

Vardy is classified as a forward, so his goals earn him 24 points in the BPS. As a midfielder, Mahrez collects 18 points for his goals.

More significantly, Mahrez is a frequent dribbler of the ball, which can be punished in the BPS.

Players lose a point in the BPS each time they are tackled or dispossessed by an opponent.

But the Algerian remains a key target for the forthcoming period.

Leicester City’s next three home matches all score only two in the Fixture Difficulty Rankings (FDR).

And Mahrez has a goal or an assist in nine of his last 11 Gameweeks ahead of that favourable run of opponents.