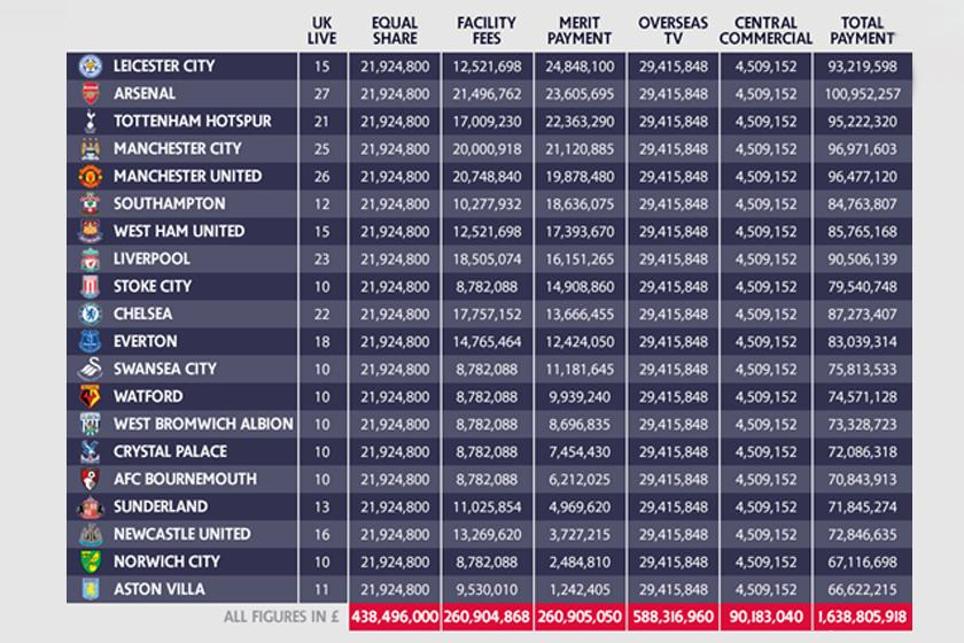 The Premier League has announced the value of the central income payments made to its clubs in the 2015/16 season.

The revenue distributed to clubs includes income generated from the sale of central broadcasting rights (United Kingdom and international) and other central commercial rights.

The mechanism for distributing this revenue is the most equitable of Europe’s major football leagues and is based on the Premier League Founder Members' Agreement, the contract signed by the initial clubs that formed the League in 1992.

It has resulted in a ratio of 1.52:1 between the club finishing top and that finishing bottom in 2015/16, the lowest such ratio in the history of the Premier League, and works as follows: