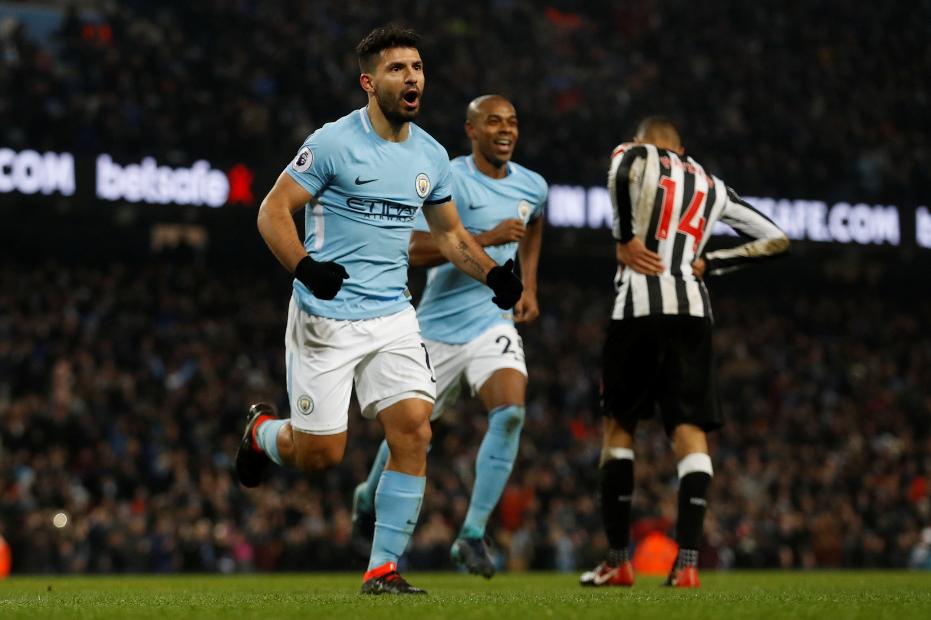 Sergio Aguero marked his 200th Premier League appearance with a hat-trick as Manchester City recorded a 3-1 victory over Newcastle United.

Karl Darlow saved superbly from De Bruyne before the interval and touched Raheem Sterling’s shot on to the post.

But Aguero struck again from the penalty spot after Sterling had been felled by Javier Manquillo.

Jacob Murphy reduced the arrears on the break with a dinked 67th-minute finish.

Aguero then registered his 138th PL goal and his seventh hat-trick in the competition after a bamboozling, late run by Leroy Sane.

City restored their 12-point lead at the top. The Magpies lie 15th.