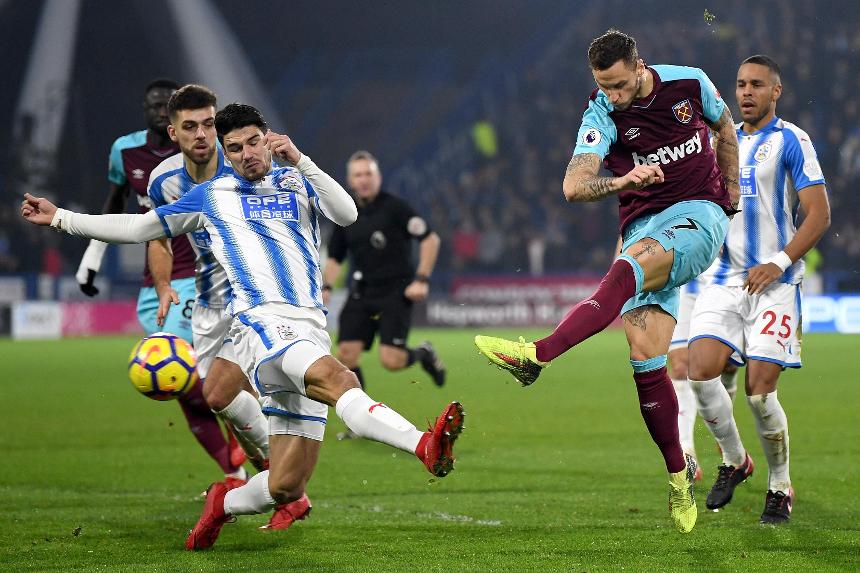 Most in-demand player for Gameweek 24 can continue his prolific Fantasy form, says The Scout

The midfielder has been signed by 223,000+ new owners ahead of Saturday's 11:30 GMT deadline, more than any player in the game.

Set to lead the West Ham United attack against AFC Bournemouth, Arnautovic retains his place in The Scout’s best XI, which takes a 3-4-3 formation.

Pickford is the top-scoring goalkeeper over the last 10 Gameweeks, recording 61 points, including 11 bonus points. Everton host a West Bromwich Albion side who have scored only three goals from their previous seven away matches.

The wing-back's 17.9 points-per-million is the highest return of any outfield player this season. Chelsea will visit Brighton & Hove Albion on the back of five clean sheets from the last six Gameweeks, while Alonso has also fired nine shots on target, more than any other player in that spell.

Only Alonso can better Otamendi's four goals and 24 shots among defenders. The Argentinian will bid to stop a Newcastle United attack with only two goals from their last four outings, having failed to score in 10 of their 23 matches.

A cut-price option in the Leicester City defence, the left-back is expected to earn a recall to face Watford having served a one-match suspension. Leicester have gained back-to-back clean sheets ahead of facing Watford, who have scored only two goals from their last four away trips.

When selected, the in-form Algerian has scored or assisted 53% of Leicester's goals this season. He faces a Watford defence without a clean sheet in 10 Gameweeks, conceding 21 goals over those matches.

The Manchester City winger had scored in four successive starts before the Gameweek 23 defeat by Liverpool. His nine goals in home matches are second only to the 10 of Harry Kane (£13.0m) so we are backing Sterling to return to the scoresheet for the visit of a Newcastle defence with one clean sheet from their nine last away trips.

The Austrian faces an AFC Bournemouth side who conceded two goals to him in Gameweek 20. The Cherries travel to London Stadium without a clean sheet in 10 matches, while Arnautovic has produced six goals and three assists from his last seven starts.

The Stoke City playmaker has scored or assisted 47% of his team's goals during his 21 appearances. He will be key to unlocking a Huddersfield Town defence with two clean sheets from their last 12 Gameweeks.

A run of five goals and three assists in his last five starts has driven over 780,000 FPL managers to bring in the Liverpool forward since Gameweek 18. Firmino is set to travel to Swansea City on Monday night having scored five goals in his last three appearances against them.

An eighth double-figure score of the season in Gameweek 23 lifted Kane to joint-second in the overall FPL standings, on 147 points. He faces a Southampton side against whom he scored a hat-trick at Wembley Stadium on Boxing Day. Having been the top captain pick for four of the last five Gameweeks, he again wears the armband.

Three goals in four Gameweeks have convinced more than 100,000 managers to swoop for the AFC Bournemouth striker for the trip to West Ham. Over those matches, Wilson has fired 15 shots and his eight shots on target are second only to Kane's 12.