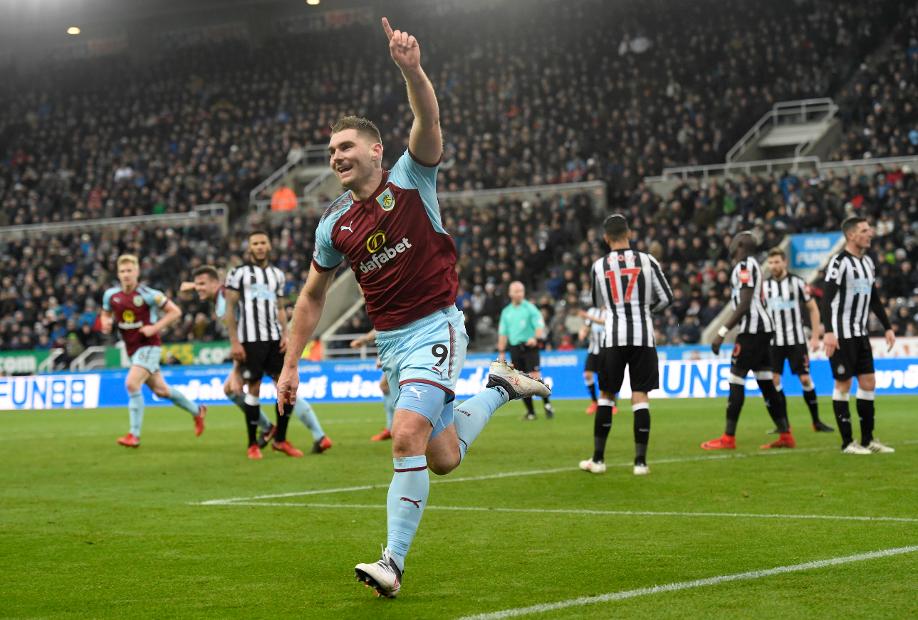 A late Karl Darlow own goal denied Newcastle United a first win at St James' Park since October as they drew 1-1 with Burnley.

Newcastle were denied an opener on 34 minutes when Nick Pope saved Joselu's penalty, awarded for a foul on Kenedy.

Jamaal Lascelles put the home team ahead on 65 minutes with a header from a corner by Kenedy, making his PL debut after his move from Chelsea.

But, with only five minutes remaining, Sam Vokes' flick-on of Kevin Long's header went in off Darlow, the Newcastle goalkeeper, to move Burnley above Leicester City to seventh.

The point also moves Newcastle up to 14th, but they are level on points with 17th-placed Huddersfield Town, and a point off the bottom three.