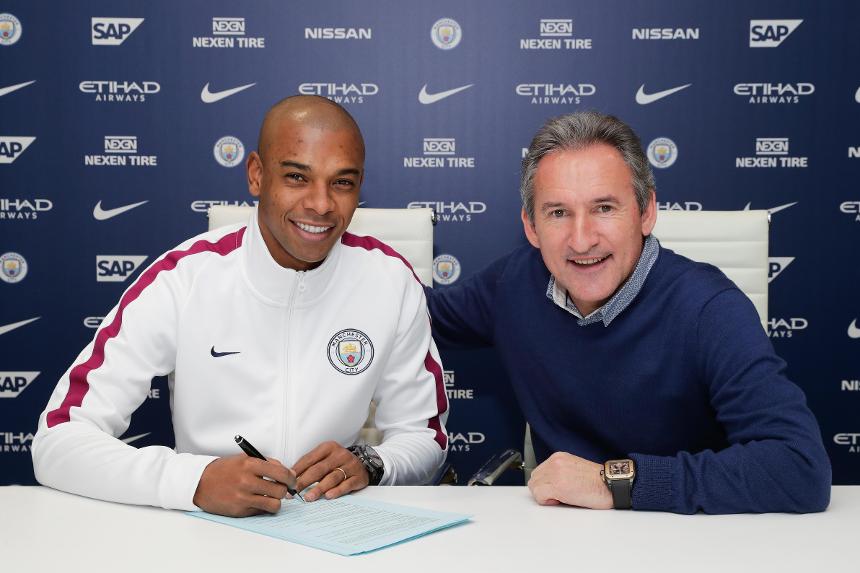 Fernandinho has said he is enjoying his status as one of the senior players at Manchester City after extending his stay at the club.

The 32-year-old midfielder has signed a deal through to June 2020 and says his position as a role model to younger players feels strange but is one he is adapting to.

"It’s a new part of my life," the Brazilian told CityTV. "Since I was young, my friends were all older than me so I was always the young guy and now it’s different.

"I’m one of the senior guys. But my whole life I have tried to speak less and watch more, observe more, to learn more.

Ahead of Saturday's match with Newcastle United, Fernandinho is the second City first-team player to extend his stay at the club this week, after Nicolas Otamendi signed a new deal, also to 2020.