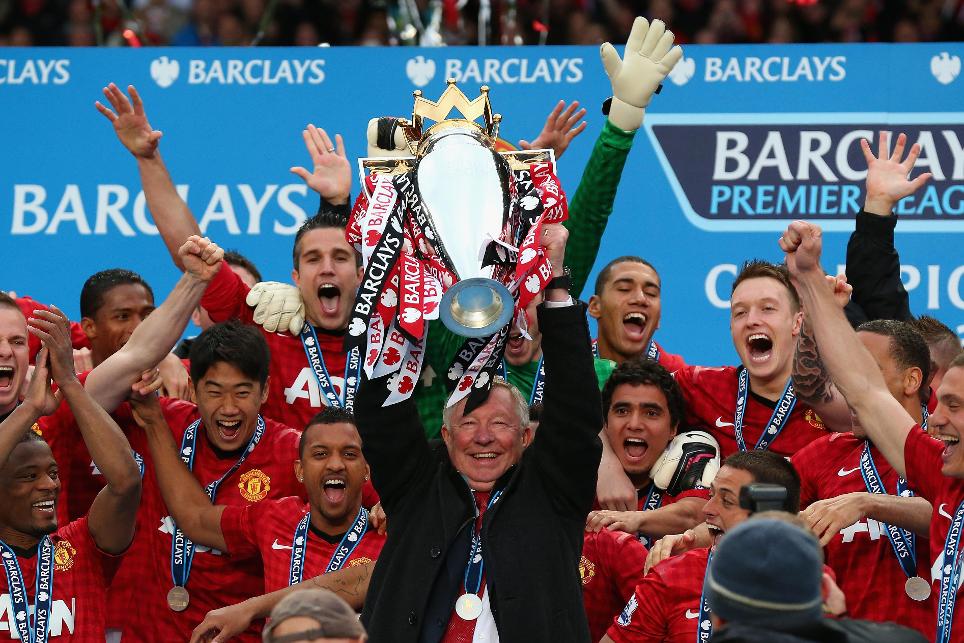 Owen: Derby winner my career highlight
McArthur: Calm Martinez inspired Wigan in 2011
'Most extraordinary scenario you could dream of'

Sir Alex Ferguson's dominance of the Premier League with Manchester United meant there was only one truly fitting way for him to depart after 27 years as manager.

On 8 May 2013, after United had romped to a 13th PL title under their great manager, Ferguson announced he would stand down following 26 years in charge.

It certainly would have been hard to imagine Ferguson moving on before atoning for the 2011/12 season, where United led rivals Manchester City by eight points with six matches remaining only to let the title slip from their grasp amid unforgettable final-day drama, sealed with Sergio Aguero's 94th-minute strike for City against Queens Park Rangers.

It left a bitter taste for Ferguson, but he moved quickly to enhance their title charge for 2012/13, persuading Robin van Persie to join Arsenal instead of City.

City manager Roberto Mancini would rue the failure to sign Van Persie as his team's title defence rarely found top gear, while the Dutchman scored 26 PL goals for the Red Devils that season.

United suffered a 1-0 defeat at Everton in their opening match, but responded with a run of four consecutive league wins - Van Persie scoring five times in this period, including a hat-trick to seal a 3-2 comeback victory at newly promoted Southampton.

The first Manchester derby of the season came at the Etihad Stadium on 9 December and, despite losses to Tottenham Hotspur and Norwich City, United held a three-point lead over their neighbours at the summit due to unbeaten City dropping points in a series of draws.

A brace from Wayne Rooney had United cruising at half-time before Yaya Toure and Pablo Zabaleta hauled City level with four minutes to play.

Nevertheless, there was an almost inevitable injury-time twist - the type Ferguson's teams down the years had made their hallmark - as Van Persie's deflected free-kick spun past Joe Hart to snatch a United win.

United's title charge scarcely relented from thereon and after the season Ferguson looked back with pride on the fighting spirited fostered within his squad.

"We did it the right way: good young players combining with some of the best the League has ever seen; strong performances and a never say die attitude."

"I have enjoyed my last season, and not just because we won the Premier League for the 13th time," he said. "But there was no luck in the way in which we secured the title.

"We did it the right way: good young players combining with and learning from some of the best the Premier League has ever seen; strong team performances and a never say die attitude. It says something that we came from behind to win 29 points this season."

United tasted PL defeat for the first time in almost five months when City won the return fixture 2-1 at Old Trafford, but Sergio Aguero's winner merely reduced the deficit at the top of the table to 12 points.

City lost 3-1 to a Gareth Bale-inspired Spurs later that month, meaning United could secure the title with four matches to spare when they hosted Aston Villa a day later.

United did so in style as Van Persie struck a 31-minute hat-trick, including a sensational volley from a long Rooney pass that stands as one of the PL's best goals.

The 3-0 win paved the way for early and prolonged celebrations, while allowing Ferguson to depart on his own terms.

The week before United played Swansea City in their final home match, he said: "It was important to me to leave an organisation in the strongest possible shape and I believe I have done so.

"The quality of this league-winning squad, and the balance of ages within it, bodes well for continued success at the highest level whilst the structure of the youth set-up will ensure that the long-term future of the club remains a bright one."

Tributes poured in for United's legendary manager, with one of Ferguson's most famous youth academy graduates perhaps summing up the mood best.

"As I have said many times before the boss wasn't just the greatest and best manager I ever played under, he was also a father figure to me from the moment I arrived at the club at the age of 11 until the day I left," said former England captain David Beckham.

"I am truly honoured to have been guided by the greatest manager in football. Without him I would never have achieved what I have done in my career."

The era of the fearsome competitor, serial winner and protector of his players and club was over. It was time for a new one: Sir Alex Ferguson, football supporter.

"I will miss all of it," he said. "But I will enjoy watching the Premier League continue to develop, producing more wonderful seasons, fantastic sides, high drama, attracting and producing great players. Above all else I am a fan."